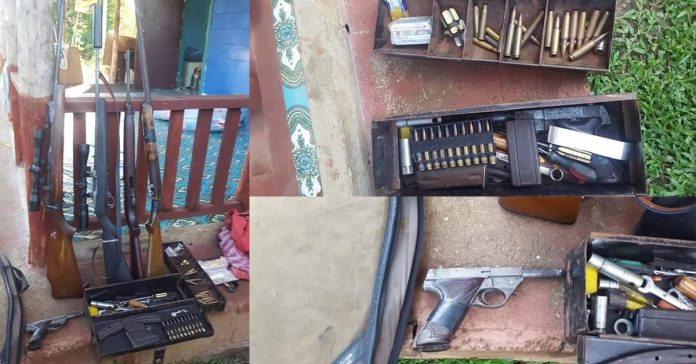 19 April 2019, Apia Samoa. High power ammunition and utensils for the distribution of meth was seized by Police druing a raid of residences in Leauvaa and Faleula earlier this week.

According to a statement from the Ministry of Police the weapons included two 22 rifles, a 22 pistol, a 303 rifle, a 30 caliber rifle and a 12 gauge shot gun, as well as a number of unlawful high power ammunitions.

“Two men and a woman have been charged in relation to weapons seized by Police on Monday 17 June 2019 at Faleula and Leauvaa,” stated the report.

The suspects are scheduled to appear in court next week Tuesday 25th June 2019 and 9 July 2019 for court mention.

The Ministry acknowledged the support of the public for relaying information that has been essential in their fight against crime in Samoa.

“Working Together for a Safe Samoa.”