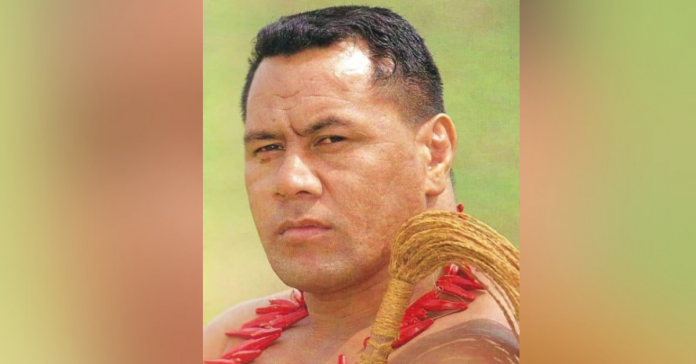 The late Papaliitele Peter “Fats” Fatialofa is one of six rugby legends who have been announced to be inducted into the World Rugby Hall of Fame in 2019.

His wife Anne and his son Jeremiah will be attending the special ceremony to receive the prestigious award at the Prince Park Tower in Tokyo the day after the Rugby World Cup finals on November 3rd.

Papaliitele Fats leaves behind a legacy as not only a rugby icon for Samoa, but a man whose passion, loveable attitude, sense of humour, big-brother nature and team spirit reached past the rugby field and inspired so many young Polynesians.

The Manu Samoa rugby Captain left his mark on the international rugby community and the hearts of the Samoan people, and people across the globe. 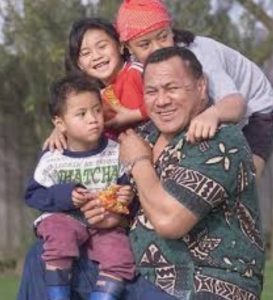 Writes a nephew of Fats, “As a kid born in 1993, I didn’t know at the time how much of a legend he was, and can’t fully gauge how it must have felt for the older generations to watch his life unfold – but I felt it in the way people lit up when he passed, or the way he inspired laughter and joy by simply talking. He felt like everyone’s uncle, or the epitome of what it meant to be the cool uncle, casually taking his team to the international stage one day and humbly shrugging it off the next”.

“The World Rugby Hall of Fame recognises those who have made an outstanding contribution to the game of rugby throughout their careers, while also demonstrating rugby’s character-building values of integrity, passion, solidarity, discipline and respect”.

Anne Fatialofa says she and her children were thrilled when contacted by World Rugby officials last week, but the news has also brought sadness that they would not share the special occassion with Fats.

I feel so humble and proud;”

“But I really wish he was here”.

“He would have been so excited to be inducted alongside his former coach Graham Henry and of course Richie McCaw,”

“But it has made us reflect back on so many memories of his rugby career, the sacrifices that we as a family had made, and just how he loved this sport so much,” shares Anne Fatialofa.

“I will be traveling to Japan with our son, Jeremiah, to receive Fat’s award.”

“We still miss him so much”.

The six inductees bring the total in the Hall of Fame to 148 since it began in 2006, with Muliagatele Brian Limā being the only other Samoan international to be inducted. 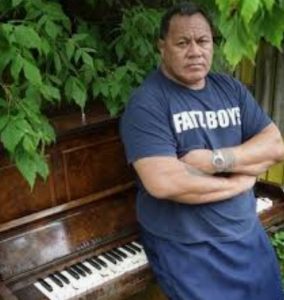 World Rugby Chairman and Hall of Fame inductee Sir Bill Beaumont said: “Our beloved game of rugby would not be what it is today without the contributions of remarkable trailblazers, men and women, who form the World Rugby Hall of Fame. They are players and coaches, true legends of the game that have embodied our values and will continue to inspire generations to come.

“On behalf of the rugby family, I would like to recognise and celebrate the outstanding achievements of this year’s six new inductees, Richie McCaw, Shiggy Konno, Os du Randt, Peter Fatialofa, Graham Henry and Diego Ormaechea for their outstanding career and thank them for their immense footprint on our game.

“We look forward to honouring them in November at what promises to be a very special night.”

Fellow World Rugby Hall of Fame inductee and Chairman of the Hall of Fame panel John Eales said: “It is an honour to recognise the contribution of our newest inductees who, over different eras and regions, have inspired millions of rugby players and supporters. Through their induction, they represent the many thousands of men and women who have made our game great.”