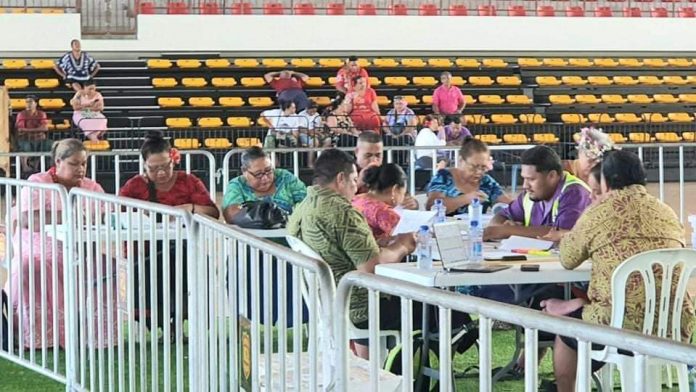 After the 6 by-elections conducted last Friday, the Head of State has issued a warrant of election declaring 8 new MPs for Samoa’s Parliament.

The warrant includes the 4 FAST and 2 HRPP candidates who won the by-elections, plus two HRPP women candidates declared to make up the 10% minimum requirement.

The Human Rights Protection Party were able to secure the two seats which had been in doubt after the preliminary count last Friday.

Maulolo Tavita Amosa won by 63 votes ahead of Faalogo Ivins Chan K Tong of FAST, while Aiono Tile Gafa secured the Aana Alofi 2 seat that was too close to call last Friday. Aiono edged out Lolomatauama Eseta Faalata of FAST by just 19 votes.

Aiono Tile Gafa’s win over the only FAST woman candidate in the closest race of the by-elections, meant two women would be needed to make up the six minimum.

The official warrant of election issued by the Head of State has appointed Aliimalemanu Alofa Tuuau and Faagasealii Sapoa Feagiai, both of HRPP, as the 5th and 6th women in Samoa’s Parliament.

The Warrant of Election does not include the Falealupo seat, where Fuiono Tenina Crichton became uncontested when the Courts declared Tuitogamanaia Dr Peniamina Leavai as ineligible to stand for office.

The Warrant of Election has declared the two women’s seats despite a Court of Appeal decision that had said the application of the special measure for women’s seats had to wait out the results of any court petitions or subsequent by-elections. That was the reasoning for Aliimalemanu not being able to enter Parliament following the April 9th General election. There may be ciht ý

Six constituencies returned to the polls last week in what has been described by candidate committee members and voters as the smoothest process of elections ever experienced.

Monday was a long day for the Office of the Electoral Commissioner, as well as candidate committee members and the tapuaiga of constituencies seen at Tuanaimato, as the final count of votes progressed throughout the day.

Lolomatauama’s committee secretary, Vasari Fiailoa of Fasitoo-Uta says the process was not only smooth this time round, but quick and efficient.

“There was a huge difference between these by-elections and the general election where I was also a committee member.. this one was really well run with technology making things much easier,” Vasari told Samoa Global News during her break from counting.

Given the official results, Lolomatauama’s percentage of total votes casted in her constituency was 35.06% 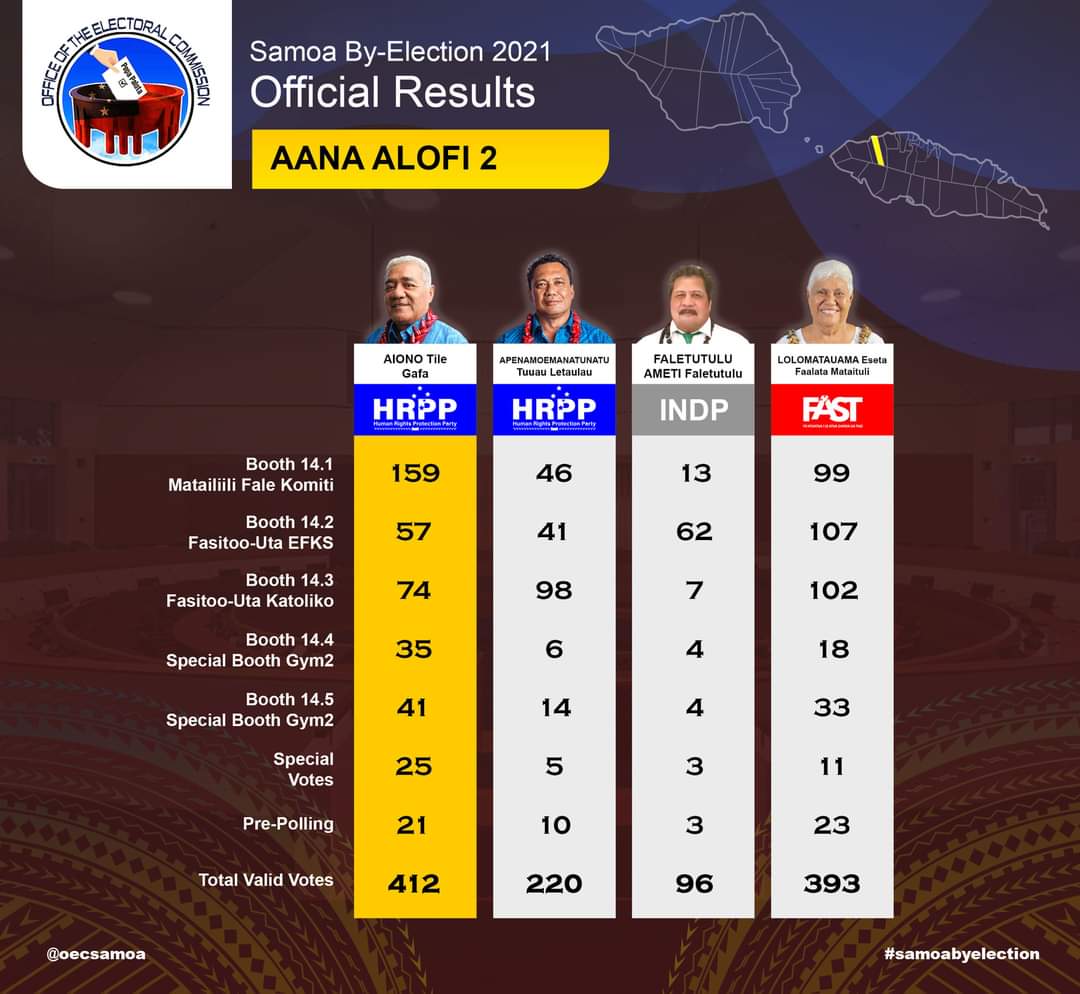 With those numbers, Faagasealii’s percentage was 35.91%. 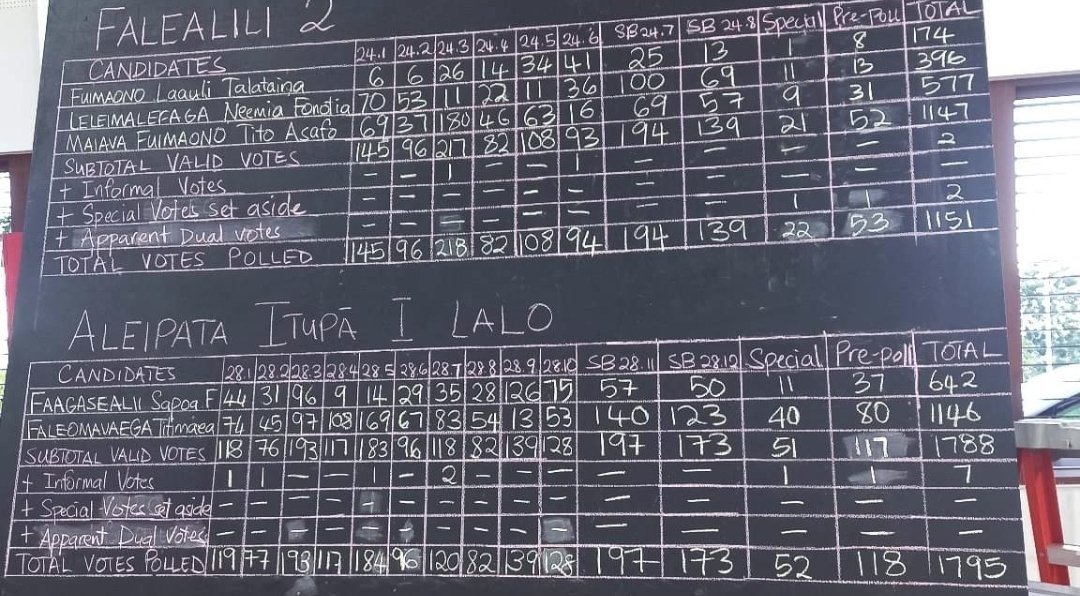 Aliimalemanu Alofa Tuuau and Faagasealii Sapoa Feagiai are therefore the two women candidates with the top percentages of votes casted in the Constituency. The two additional women will take Samoa’s Parliament to 53 when sworn in.

In other results, Tagaloatele Poloa maintains his landslide win for the Sagaga 4 seat, with 1,217 votes to Tuisa Tulimasealii’s 801. Tuisa Tasi Patea had won this seat in the April 9th general election.

For Falealili 2, Maiava Fuimaono Tito of FAST polled well ahead of HRPP’s Leleimalegafa Neemia with 577 votes to 396. The third candidate, another FAST representative, Fuimaono Laauli Taala polled 174 votes. There were 2 votes discarded and 2 noted at “apparent double votes”.

FAST candidate Laumatiamanu Ringo Purcell polled 936 votes, to HRPPs Nonu Lose Niumata with 798. Nonu had won this seat in the April by-elections. After withdrawing their petitions and counter-petitions, Laumatiamanu and Nonu decided to return to the polls. 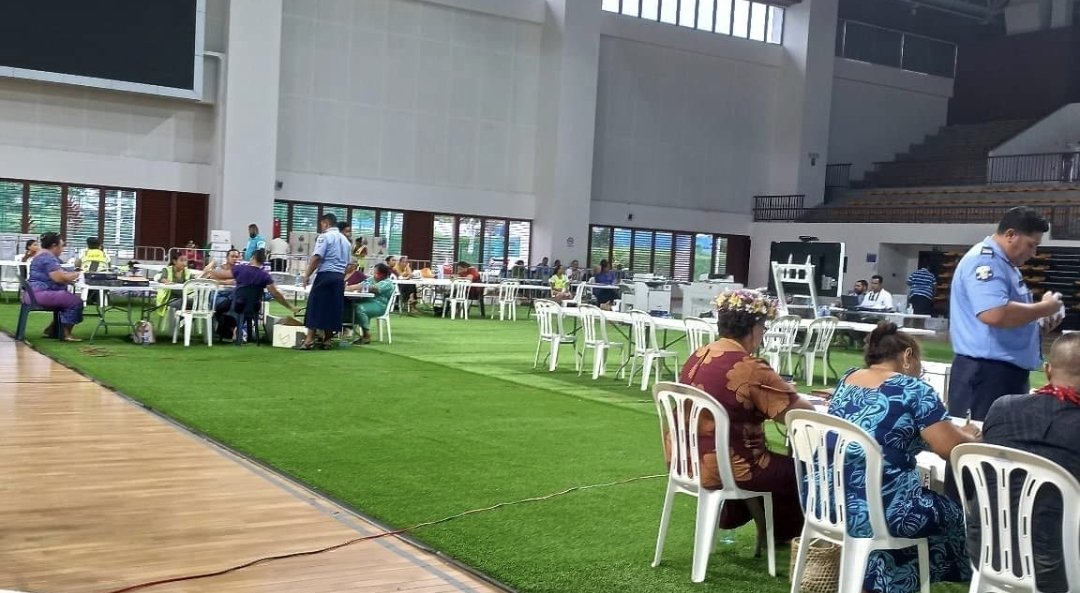 Electoral Commissioner Faimalomatumua Mathew Lemisio left the Tuanaimato temporary offices at around 7pm to deliver results to the Head of State.

Within hours, the OEC published the official warrant of election on their social media page. 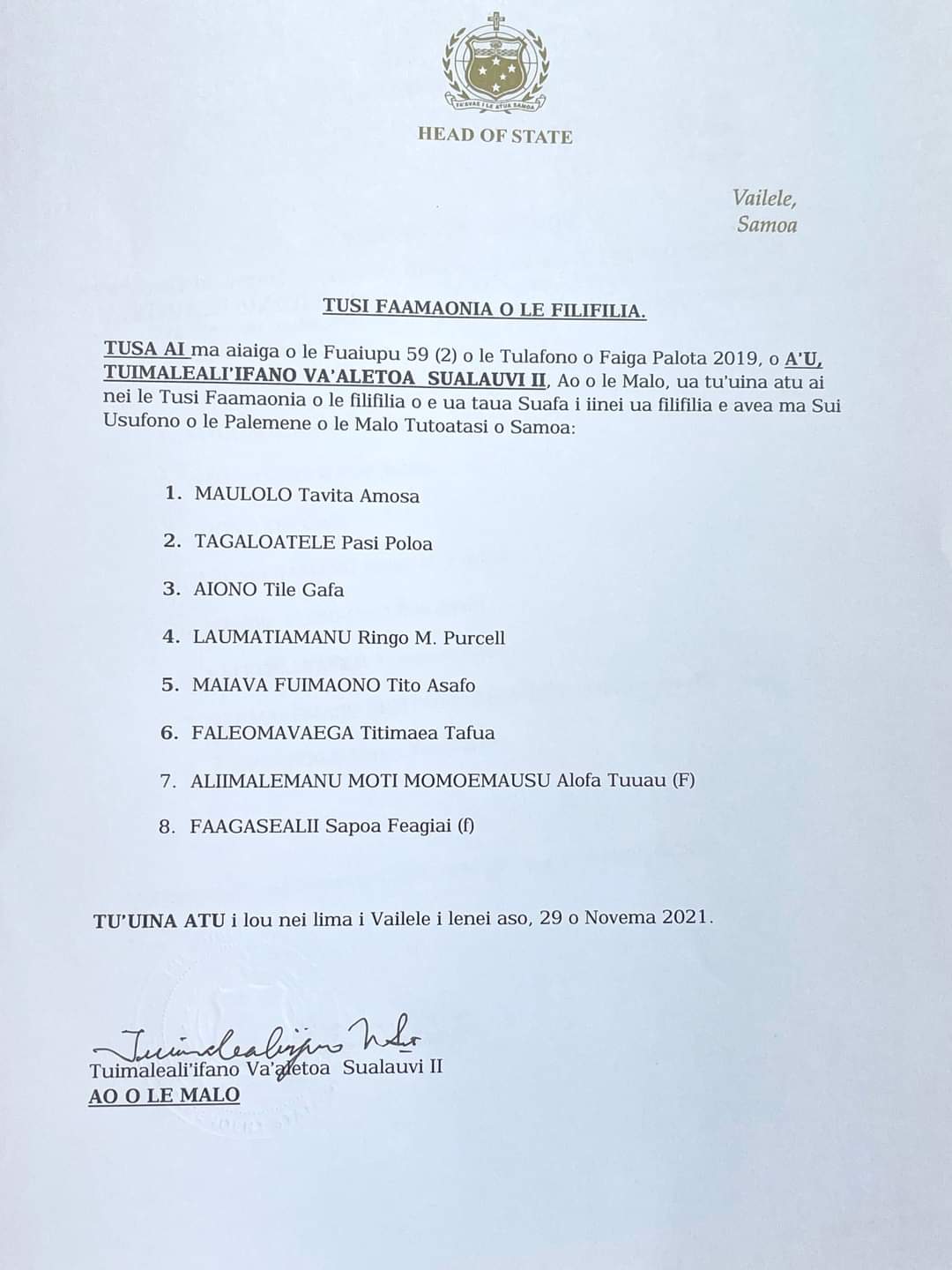 In all six by-elections, the second place candidate has attained half the votes required to bring an election petition against the winner.

For Sagaga 2, the second and third placed candidates have both achieved half of the winner’s votes. Half of Maulolos 677 votes is 338.5, achieved by Faalogo Ivins and Fata Ryan Schuster.

‘Pastor’ arrested after disabled people found locked in his basement