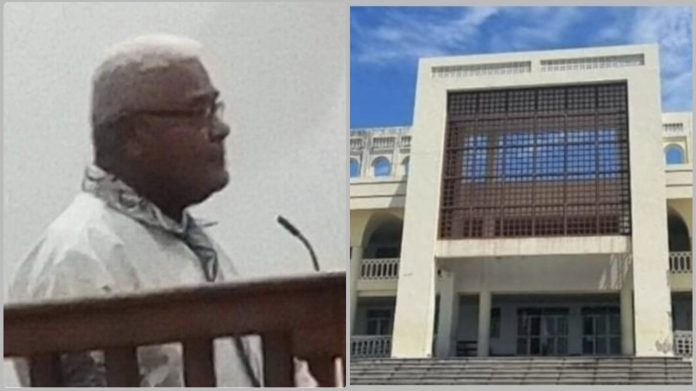 02 March 2022, Mulinuu Courthouse, Apia Samoa.  The Supreme Court has issued a warrant of arrest for the 68 year old matai charged with the New Years Eve double murder at Afega village that took place back in January 2021.

He did turn up later to Court that morning, wearing a pair of shorts and a t-shirt. A police officer on duty outside Court directed him to the Court Registrar and the Probationary Unit.

Just after midnight on the 1st of January 2021, Elisara Lole Fata, an untitled father of four in his late 30s, and Fata Utufua Fata, a father of six in his early 40s were allegedly shot by the defendant. Both men had died of gunshot wounds before reaching Motootua National Hospital.

Nephews of Fata Utufua, who stood metres away from their uncle when he was shot dead, had described the horrific events to Samoa Global News at the time. They said, they too, could have been shot by ‘Vao’ (Vaotuua).

They told Samoa Global News at the time that they saw Vao walk up to where their uncle, Fata Utufua was standing. Vao pushed away another matai who was standing with their uncle, and then placed the gun on his chest before firing.

“He was shot point blank in the heart, and as he sat on the ground holding his chest and gasping for air, Vao placed the small pistol to the back of his neck, and shot him again”.

“He fell over face down to the ground..”

The boys said one of them let out a gasp, swearing out loud in shock, but this caused Vao to swing his hand around toward them, pointing the gun in their direction and asking, “who said that?”.

They dispersed and ran for their lives, some heading into the nearby sea.

As in Samoan custom, four buses and several private cars transported family and village high chiefs from Siufaga Falelatai to Afega, to perform a traditional ifoga apology to the families of two men shot dead in a most public way.

The case before the Courts was delayed due to the political crisis of 2021.

Faalavaau first appeared in Court in February 2021, stating he did not wish to apply for bail in fear of retribution by the victim’s families.

He then reappeared in March 2021, and pleaded not guilty and applied for bail. Prosecution vehemently denied bail and the time, and the Court set a bail hearing date.

The brother of one of the victims, Fata Maeu told Samoa Global News this week that they are very dissapointed with the delays to this case and feel that Vao is not remorseful or taking the Police or Court process seriously.

“It sounds like he doesn’t care about the police or the Courts,” said Maeu. “He should never have been allowed out on bail.. He’s just driving around in his taxi as if nothing happened,” said Fata Maeu.

The Supreme Court will recall the matter later this month.