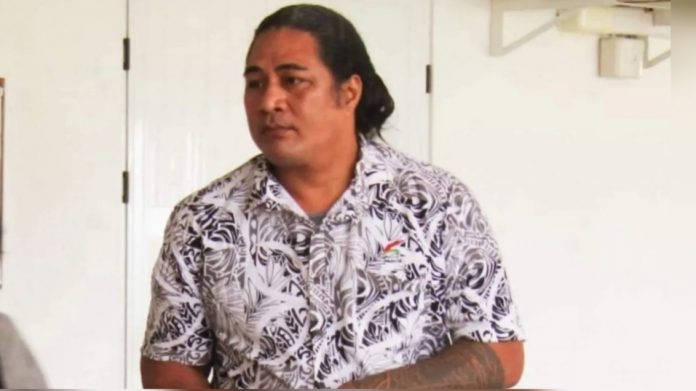 A warrant of arrest has been issued against the man Police charged in May this year for assaulting his 8-month pregnant wife on Mother’s Day weekend.

Fogalevai was released on bail when the matter was first heard before the District Court in May, with the condition that the does not leave the vicinity of his home at Toamua-Uta. He was also ordered to stay away from his wife, and not attempt to contact her.

When bail was granted back in May, Judge Alalatoa told the defendant he did not have to sign-in as part of his bail conditions, because, as the Judge noted, Fogalevai had been in custody for two weeks between the 7th of May incident and the Court mention.

Ululima Faatui, 36, of Utulaelae Falealili shared her story with Samoa Global News at the time of the alleged incident. It was the Friday of the start of Samoa’s Mother’s Day long weekend celebrations. According to the victim, this is the same story contained in her statement.

Ululima was 8-months pregnant at the time of the beating. According to the victim, her husband beat her on Friday night, and chased her out of the house. She slept outside and when she thought the coast was clear at around 5am the next morning, she got her 3-year old daughter to open the door.

As she tried to pack a bag of clothes, Ululima’s husband woke up and beat her again. This time, a pair of pliers hit her on the road and she says she felt dizzy, possibly concussed.

When she and her daughter left the house, her husband chased them down the road. He pulled her hair and punched her, causing her to fall to the ground. She said she curled up into a faetal position to protect her unborn child, but her husband then kicked her repeatedly in the back. When he was done, he left her lying on the side of the road.

“Only when he was done beating me, that he grabbed my phone, and left.”

When Fogalevai Lailai appeared in Court two weeks later, the Office of the Attorney General’s Prosecution team brought minor charges of assault (faaoolima), and causing injury (faaoo se manua) against him in the District Court. He pleaded guilty to assault, and not guilty to causing injury.