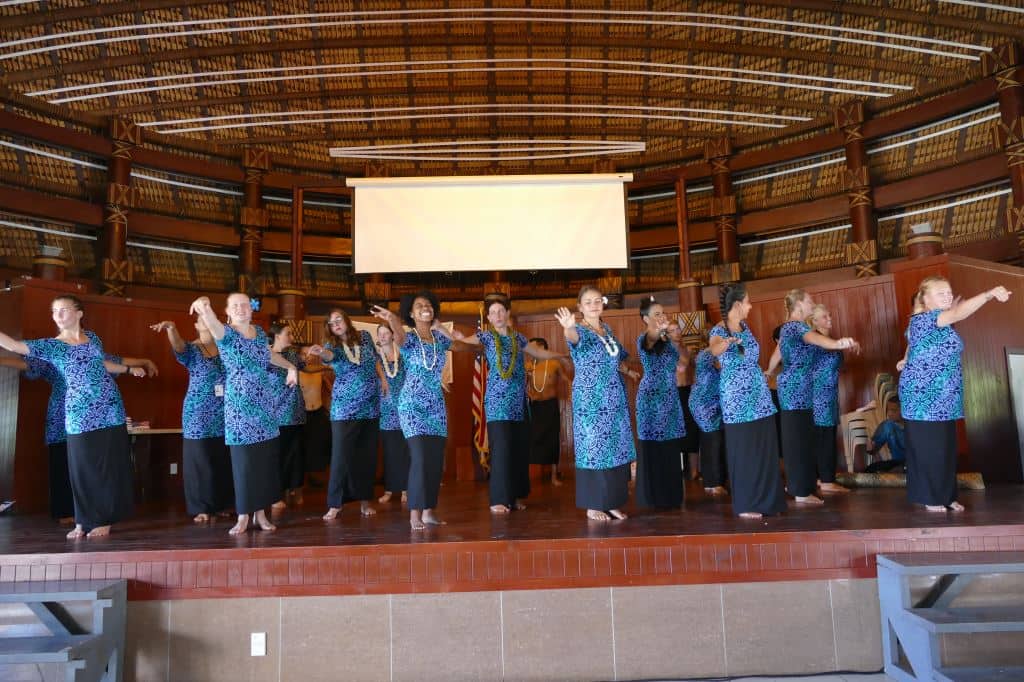 The 90th Group of Peace Corps were sworn in as the final step before they embark on their two year journey as volunteers in different schools.

The group consist of 26 volunteers from the United States and they will be working with different Primary Schools particularly in English and literacy skills.

According to a release the government of Samoa had requested the US Embassy to assist the Samoan students to improve their English and Literacy.

Not only that a small group of them will assist in the improving numeracy skills of the students.

Prior to their swearing in, the volunteers had to complete a nine week pre service training on technical skills and Samoan  language as well as learning about the Samoan culture and are now looking forward to start their journey and offered their much needed service in the villages across Upolu, Manono and Savai’i.

Held at the Samoan Fale, at the National University of Samoa, the 26 volunteers were sworn in by  the Chargé d’Affaires of the US Embassy in Samoa  Tony Greubel, and were accepted for Volunteer Service in Samoa by the Minister of Education, Sports and Culture Loau Solamalemalo Keneti Sio.

The event was well attended by the MESC officers, the principals of the schools where the new volunteers will teach, host families and community members from Utulaelae and Sapo’e the training villages, Peace Corps staff and currently serving Volunteers.

The new 90th Group ended the program by entertaining the guests with short speeches in Samoan and a cultural song and dance they learned during training.

The new Volunteers are eager to start their two year assignments which will keep them in Samoa until December 2020.