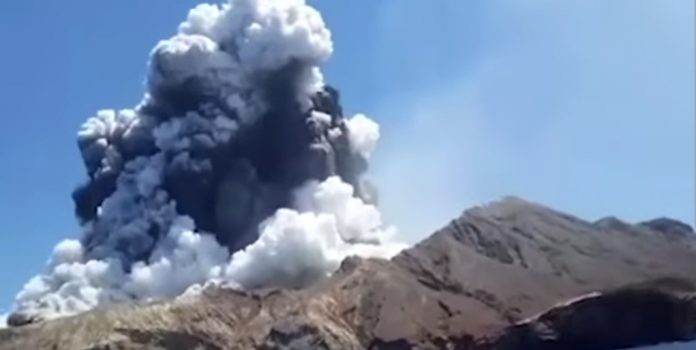 The country’s Prime Minister, Jacinda Ardern, said citizens from New Zealand, Australia, the United States, the United Kingdom, China and Malaysia were among those injured and missing following the explosion.

Speaking at a news conference on Tuesday morning, local time, Ardern paid tribute to the people who tried to help visitors caught up in the eruption.

“Those who undertook a risky effort in the immediate aftermath did so in an incredibly courageous way,” she said.

According to New Zealand Police Superintendent Bruce Bird, 47 people were on the island at the time of the explosion. He said 31 are still in hospital, while three others have been treated and discharged.

The eruption took place with little warning Monday afternoon local time while dozens of tourists from cruise ship Ovation of the Seas were touring the volcano.

Shocking footage from tourists on nearby boats were posted on social media, which showed giant plumes of thick black smoke rising from the site.

According to a statement by New Zealand Police, there were “no signs of life” on the island early on Tuesday morning local time, after a number of aerial reconnaissance flights over White Island.

Those dead were from a group of 23 people who had been evacuated shortly after the eruption, according to New Zealand National Operation Commander Deputy Commissioner John Tims — all of whom suffered some degree of injury. Earlier police said at least 10 people were missing and believed to still be ashore.

“Based on the information we have, we do not believe there are any survivors on the island,” the police statement said. “Police is working urgently to confirm the exact number of those who have died, further to the five confirmed deceased already.”

Both New Zealanders and overseas tourists are believed to be involved; a number were from the Ovation of the Seas cruise ship, which is owned by Royal Caribbean Cruise Line. 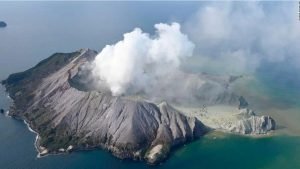 Earlier, Tims said it was unsafe to send emergency crews to search for those missing.

“The island is unstable … the physical environment is unsafe for us to return,” Tims told reporters.

Police said in a statement that a New Zealand Defense Force ship will approach the island at first light “to further assess the environment,” on Tuesday and Police Disaster Identification were awaiting deployment in the nearby port town of Whakatane.