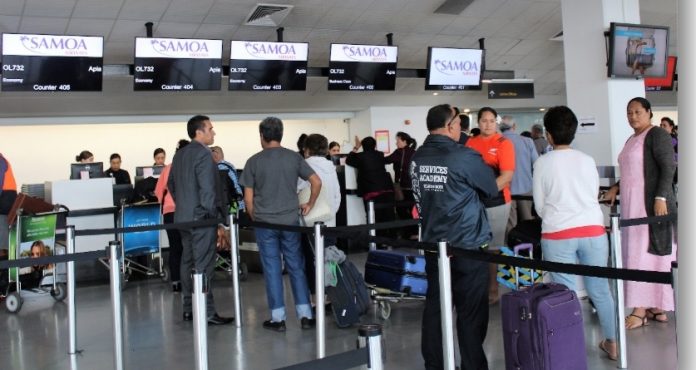 The latest Samoa Bureau of Statistics report on International Arrival Statistics for the Second Quarter of this year from April to June shows Samoa Airways as the preferred carrier for incoming visitors.

Samoa Airways is reported as the #1 carrier with the highest number of passengers who visited Samoa during that period. 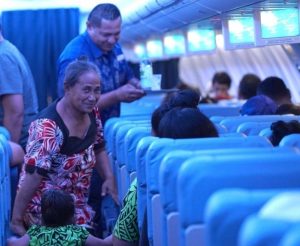 Most of the people 23,063 who came to Samoa chose to travel on Samoa Airways while 19,774 flew into the country via Air New Zealand.

The results come as the national flag carrier celebrates its second year anniversary since returning to international services.

Samoa Airways Minister Lautafi Selafi Purcell says this is a huge encouragement despite the turbulences experienced by the National Carrier in recent times.

The Minister reaffirms that Government remains firm on its commitment to continue to provide affordable airfares for the travelling public in particular patriotic Samoans who continue to support the national carriers. 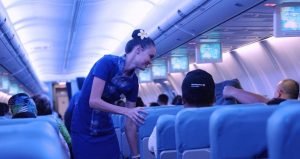 For a single plane carrier like Samoa Airways to outnumber its major international competitors, Air New Zealand, Fiji Air and Virgin Airlines on the route speaks volumes he added.

“The faithfuls who continue to utilise the national carrier as their preferred airline to cement their pride as true blue Samoans.”

Confessing that Samoa Airways have had her fair share of “turbulence in recent months” from factors beyond the Airlines controls, Lautafi says that in the two years since the airline made her return to international services, it has survived.

“And if all goes as planned, Government remains committed that Samoa Airways will become a contender in the future,” said the Minister.

“Of course, we need more aircrafts and there are many challenges faced by the airline now but Rome was not built overnight,” he concluded.