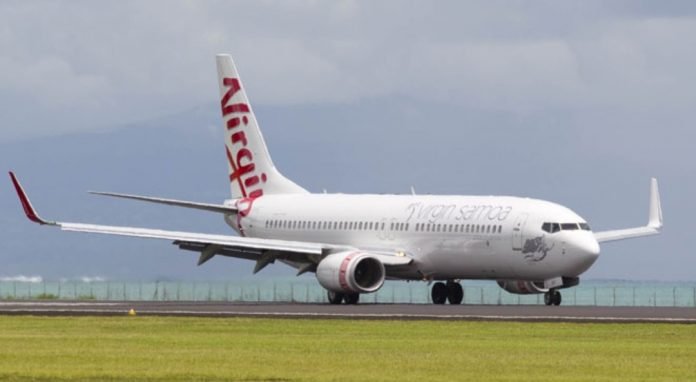 Virgin Australia will resume flying to Samoa and Vanuatu in March as the airline continues to rebuild its international network.

Flights between Faleolo International Airport, Apia and Sydney as well as Apia and Brisbane are now on sale.

Virgina Australia have included the option for customers to utilise Velocity Points to purchase seats under the ‘points + pay’ system.

Samoa will see “up to three flights per week” from Sydney commencing March 21, on Tuesdays and Saturdays for a 9am departure from Sydney to reach Faleolo at 5pm.

The return leg is also a convenient daytime flight, leaving Apia at 6.05pm those same days to land in Sydney at 9.40pm.

Beginning March 23 there’ll also be a Brisbane-Apia flight every Thursday and Sunday to depart Brisbane at 9.25pm and arrive into Apia at 5.20am.

“The addition of Samoa and Vanuatu to Virgin Australia’s network will give holiday makers and those looking to reconnect with family and friends a greater choice of Pacific Island destinations,” states a Virgin Australia spokesperson.

The Port Villa flights are scheduled to run five days a week – specifically Monday, Wednesday, Friday, Saturday and Sunday – from March 10th with weekend flights to be paused from May through to late June.