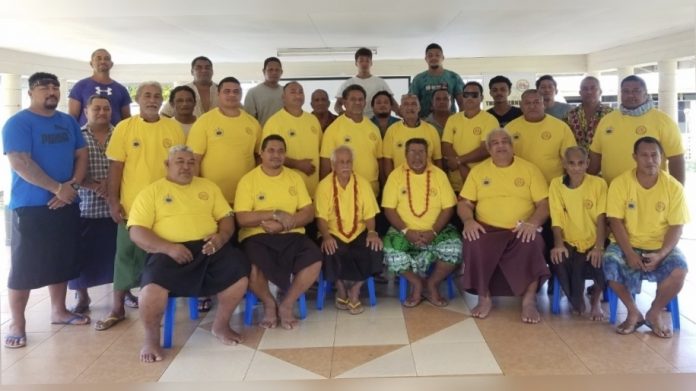 22 September 2022, Apia Samoa. The village of Vailuutai in Upolu have said village protocol does not allow women who hold high chiefly titles to participate in Village Council meetings out of respect, because the discussions are too hostile.

According to the Village Council of Vailuutai, their village protocols are different from other villages when it comes to their female high chiefs, “as they do not sit in during village council meetings”.

“This is the village council’s respectful way of not exposing the women to discussions of hostile matters.”

According to a press statement, village matai say, they honour and respect women and girls in all that is done within the village, and they always receive first portions of anything that is distributed..

“We are full of respect for our feagaiga (sacred covenants) and that is why it was decided to set this foundation we have today..”

According to a press statement, the village of Vailuutai honour women through their lauga – Samoan oratory – and through the lauga, violence against women and girls is deterred and eliminated.

Vailuutai is one of seven villages working with the Samoa Victim Support Group with government’s financing assistance towards eliminating violence against women and girls.

The village council have just completed a 2-day workshop, where a Community Guide has been drawn up as a tool to eliminate violence against women and girls.

“The dialogue, the talanoa and the lauga, that went into the formulation of this Guide, encompasses the richness of our cultural values as well as our faithfulness to our Christian beliefs,” reads the statement.

According to SVSG, the value of the lauga or the Samoan oratory, is the difference in the strategy adopted by the village council of Vailuutai, to eliminate violence affecting women and girls in their community.

“This was highlighted by the key message unanimously agreed upon by the village council during a 2-day workshop, as the leaders developed a Community Guide to eliminate violence against women and girls..

“The pride of the village leaders of Vailuutai, in their Lauga is obvious.  It is a Lauga that is sacred given that it embodies all that fa’aSamoa represents, such as identity, inheritance, respect, service, gifting and knowledge..

“Even the traditional ava ceremony performed by the untitled men – aumaga – attested to how the village leaders of Vailuutai places a high value on its Lauga..

“A draft Community Guide has been drawn up and a family connection has been established with Vailuutai,” said SVSG President Siliniu Lina Chang. “And the dialogue, the talanoa and the lauga, that went into the formulation of this Guide, encompasses the richness of our cultural values as well as our faithfulness to our Christian beliefs”.

“The SVSG President thanked the village leaders and the SVSG village representatives, for opening up the discussion of their measina, to enabe SVSG to draw up a Community Guide that embodies what makes up Vailuutai, a unique village of its own”.