Village representatives known as Sui o Nu’u (SN) and Sui Tamaitai o Nu’u (STN) were advised to “refrain from publicly supporting any groups or individuals that are promoting programs against the Government”.

Village representatives act as conduits between the government and Samoa’s unique local governance structures of Village Councils, led by the saofaiga a Alii ma Faipule or the “sitting of matai” in each village.

There are two village representatives nominated by every village of Upolu, Savaii, Manono and Apolima. They each receive an allowance of around $400 tala a month for carrying out this role.

In response to questions from Samoa Global News about the Ministry discouraging village reps to attend rallies or affiliate with Samoa’s newest political party Faatuatua i Le Atua Samoa ua Tasi (FAST) – the CEO of MWCSD Afamasaga Faauiga Mulitalo said the Ministry does not interfere with the SN or STN’s personal choice of who they affiliate with or support.

“However”, says Afamasaga, “if the SN or STN publicly declares his or her support of any group’s or individual’s programs that are against the Government or objecting to Government’s programs including development initiatives, then the SN or STN is no longer performing his or her duties and responsibilities and should be removed.” 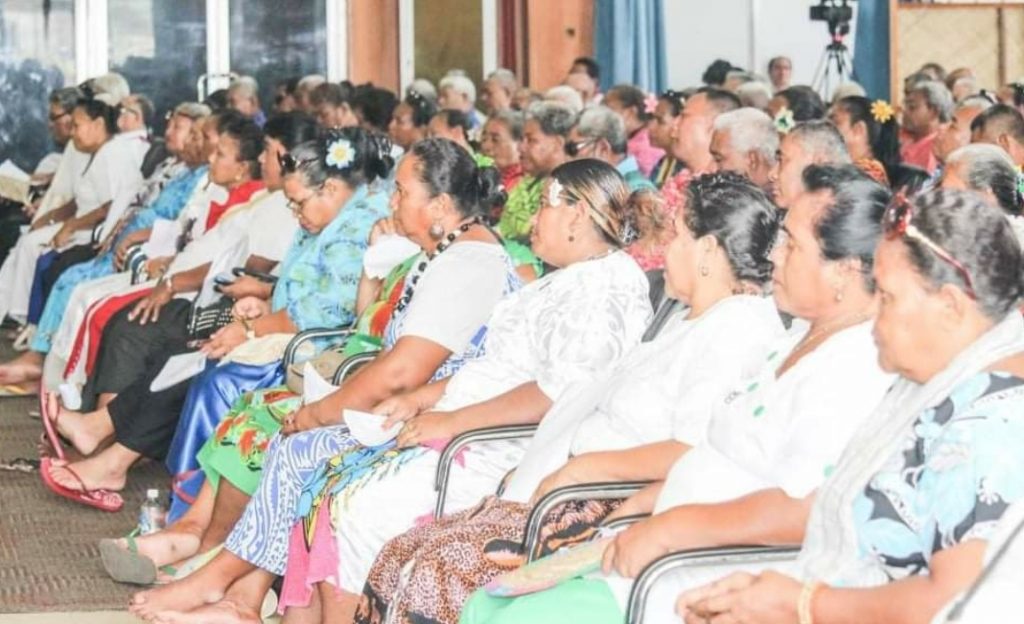 Asked about cases where the Ministry has been rumored to have removed village representatives nominated by their village councils, Afamasaga says they have only terminated one Sui o le Nuu during the past 5 years, because he publicly declared his negative views against Government on the issue of customary land.

“The SN’s action was not in accordance with the guideline of his appointment as stipulated in the Ministry of Internal Affairs Ac,” said Afamasaga.

The Chief Executive Officer says because SNs and STNs are paid by the Government they are considered government employees, and this is why their allowances can be held if they are seen supporting “other groups or individuals”.

“It means that the SN or STN will continue to receive the fortnightly allowance for doing nothing for the village or the women’s committee.. but to devote his or her time to support programs against the government”, she reiterated.

Afamasaga says temporarily withholding allowances is a normal part of the Ministry’s monitoring role on the performance of duties of the SNs & STNs, to ensure they adhere to the terms and conditions of their employment.

The CEO presented a detailed list of reasons why the Ministry withholds village representative allowances..

“We did not remove any SN or STNs but we ceased payment of allowances temporarily for some of the SNs & STNs for various reasons such as – 1) miscoduct, 2) not attending 3 consecutive monthly meetings of SNs & STNs with no valid excuse, 3) not performing their duties as in the Act and their Terms of reference, 4) when there is a village dispute involving the SN or STN, 5) when they do not support community development programs delivered by the Ministry or any Government agency, 6) when the SN or STN travels and stays overseas for a period of more than 3 weeks, 7) if we receive a written complaint by members of the village about the SN or STN’s performance, etc…

“The allowance would only be released when the Ministry receives a valid explanation by the SN or STN on the reason why his or her allowance was withheld”, said the Ministry’s Chief Executive.

“This is a normal part of our monitoring role on the performance of duties of the SNs & STNs to ensure they adhere to the terms and conditions of their employment”, added Afamasaga.

Samoa Global News interviewed five women representatives who said their interpretation of the message from MWCSD, is that they should not be affiliated with opposing political parties.

The women did not wish to be named for obvious reasons, but all of them said they did feel it was a warning to them, especially as it was delivered with the “heat of elections” now upon Samoa.

They each said the role elevates their status as women in the village, and they do not want to do anything that could place them at risk of losing this empowered role.

They also said the issue being highlighted in Parliament and now in the media, shines a light on their roles that makes them uncomfortable and places even more pressure on them personally.

With the election period now upon Samoa, the Office of the Ombudsman also Samoa’s National Human Rights Institute, highlighted certain behaviors which “can compromise the integrity of the electoral process and lead to elections not being free or fair“.

“Some of these developments include village council activities that may be discriminatory or coercive of the individual in their effect; and campaign committees influencing voters’ preference by unscrupulous means including bribery,” stated the Office of the Ombudsman.