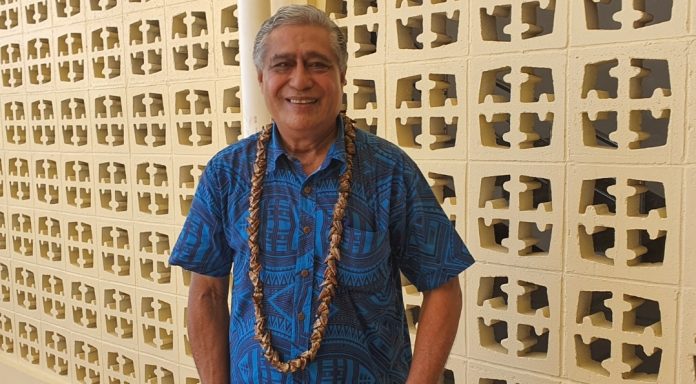 28 November 2020, Mulinuu Apia. Former Registrar of the Lands and Titles Court, Fata Meafou is now able run as a candidate for Sagaga No2 in the upcoming elections following a successful Court petition against the Afega village representative Taliaoa Viliamu as well as the woman representative Puna Kelekolio, who had both refused to endorse his candidate application.

Speaking to Samoa Global News outside the Courthouse after the decision was delivered last Friday, Fata Meafou was relieved and gave thanks to God.

“In all of this, it was only God’s guidance that we relied on, so we first give thanks and praise to God for his grace and love.”

Fata Meafou had been unable to register for the April 2021 elections because the Afega Village Representative (Sui o le Nuu) as well as the Woman Representative (Sui Tamaitai o le Nuu STN) would not sign an oath confirming his “monotaga” or village service, as is required by the Electoral Act.

The Supreme Court ruled that the FAST candidate had satisfied the monotaga requirements of the Electoral Act, 2019; stating that the two village representatives of Afega should have signed the documents to verify Fata as a candidate.

Outside Court the three-time election candidate told Samoa Global News that he had approached the village representatives several times, to try and have the matter sorted, and to avoid a legal petition.

Afega is a village divided into two ‘faiganuu’ or Governance structures following unresolved internal feuds and conflict between village matai.

“Both government Village Representatives belong to the other faiganuu”, explained Fata.

“I was also able to register for the 2016 election, even though our village had been divided into two separate “faiganu’u”;

“And then this year, both village reps said they couldn’t sign the documents.”

According to Fata he has since rebuilt relationships with the two village representatives, which was important to him.

“We were able to speak and reconcile outside Court today”.

Fata says the appointed village representatives are an important link between Village Councils and the central Government, and the Court has ruled that they must represent all of Afega which means both its governance structures or faiganuu.

“Even though there are two “faiganu’u” but there is only one faipule, one pulenu’u and one sui tama’ita’i”, says Fata.