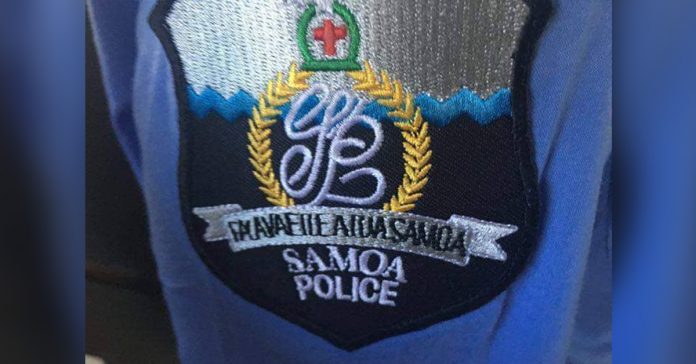 22 January 2021 Apia Samoa. Six men from Falelatai have been arrested; five charged with assault and one with threatening to kill, in relation to the brutal beating of two youth last Saturday morning.

A reliable source who did not wish to be named for fear of retribution by the village, told Samoa Global News that two young men were brought before the village matai and beaten while the council of chiefs sat and watched.

According to the source who says he witnessed the beating, four matai and two taulele’a of the village took turns beating the two boys, striking them repeatedly, with blow after blow by all six men.

He said it had all started the night before, when a matai of Falelatai, a Lupematasila, was on his way to a dance ‘siva’ at Siufaga. The source said that according to Lupematasila, two boys stopped him, took his bottle of beer and beat him up, wounding his head.

He said Lupematasila was taken to the hospital by a nearby family he had run to for help – “ua sulu iai”.  He was treated for his wounds and released.

On the next morning, however, the men who have now been charged by Police were told by village chiefs to bring the two boys before the village council.

“One of the “faaaloaloga” a paramount chief, then instructed several matai to beat up the two boys,” the witness said.

He said it was a horrific scene, and he felt nauseous watching it.

He added that the boys would be lucky to be able to chew anything anytime soon.

Later that same night the condition of  one of the boys deteriorated and his family had to rush him to the hospital.

“The two victims were treated for their injuries and have also been released,” confirmed Su’a.

The Police Commissioner added, “there are other particulars related to this case that are still being looked into by our investigators.”

The six men charged will appear in Court for mention next month.