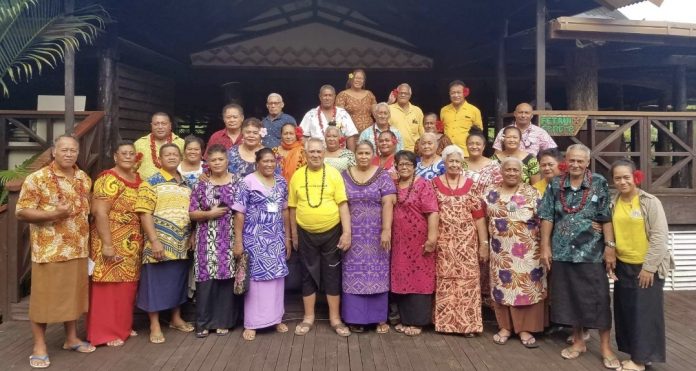 Village leaders who have been trained on gender based violence responsiveness are walking the talk as they commit to putting into action what they have learnt through capacity building interventions through the SVSG Tautua project focused on love and respect.

The capacity building of village leaders is one of the activities implemented by Samoa Victim “Support Group for its leading village representatives with
funding support from the Samoa Gender Partnership Program (SGPP),” said SVSG President Siliniu Lina Chang.

“It provides a refresher for the village leaders on their roles and responsibilities when responding to calls through the Helpline, and the do’s and don’ts in according with SVSG’s policies on child protection and domestic violence,” Siliniu adds.

Siliniu says at this early stage of project implementation, the
commitment from the leading SVSG village representatives must be applauded for being proactive to the identified needs to support their communities.

“Whether it is for gender based violence cases, Helpline response, welfare or educational support..”

The team of leaders have also secured a spot infront of the Vodafone Office at Matafele, for BBQ fundraising every Friday and have been doing this since late July.

To date, the SVSG village representatives have provided welfare assistance for members of the community who have been impacted financialy due to COVID-19, the most recent one being a family whose house was completely destroyed by fire.

Funds raised have gone towards school fees for some of the children in villages, whose parents were unable to afford.

“No matter what the circumstances, our village reps believe in the child’s right to education,” says Siliniu.