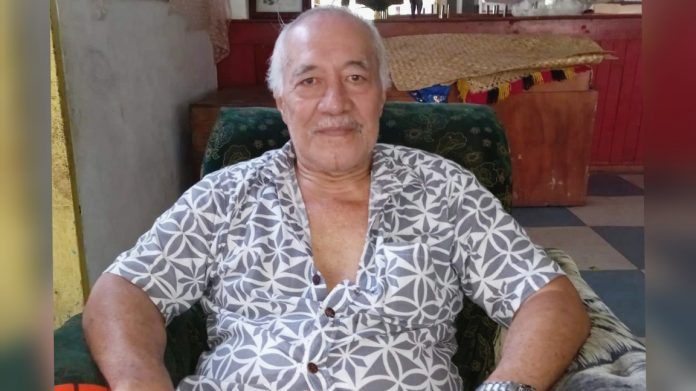 From the files of #FaaSamoa.  The Village Council or Alii and Faipule of Fagalii say they remain strongly opposed to Government’s plans currently underway to re-open the Fagalii International airport.

The position of Fagalii village was made clear during an exclusive interview with former Minister of Works and Fagalii village council member Tuisugaletaua Sofara Aveau.

Aveau, 69, told Ganasavea of Samoa Global News that for them, safety concerns far outweighed the benefits they know the airport would bring to the village.

Tuisugaletaua, who served as the Vaimauga 1 Member of Parliament from 2001 to 2016, said the village have wanted the aiport closed for some years now, and he had led the lobbying to close the airport to the former administration.

Tuisugaletaua said they did take their concerns to the former Prime Minister, and were all relieved when the decision was made to close Fagalii in January 2020.

“But all our worries and concerns are back since we heard of government plans to re-open the airport. We have written to the Honourable Prime Minister, and also the the Minister of Works, Transport and Infrasture..”

Tuisugaletaua says the environmental impacts on Fagalii village includes gas pollution from the small planes that land and take off all day long, seven days a week.  “We have always wondered about the long term impacts of gas emmissions from the planes,” said Tuisagaletaua, “as there have been many villagers who have died young over the years.”

“About 10 years back, I did look into it, and explored the health risks.. it was found that breathing in gases from the planes would eventually take its toll on village members in close proximity to the airport,” he said.

“All week long, our school children are exposed to the constant noise from planes taking off and landing.. it makes it very difficult for them to concentrate.. and the teachers are also distracted by this..”

Tuisugaletaua said church services as well as daily prayer time within families are another big distraction for them as a community.

At 69 years of age, Tuisugaletaua has lived in Fagalii all his life, and says they have had front row seats to the many “near miss” airport accidents over the years.

“For those villagers who live near the runway, we are very concerned about an accident that might happen, because too often, we have seen planes just missing the mark when landing, and the loud sound of pilots desperately breaking on the short runway to avoid an accident..”

“We fear for the safety of all families who live near, with lands that surround the airport.”

Tuisugaletaua said members of the village council are very aware of the economic benefits to the village, of having the airport re-open. “We know that there will be income, jobs and many opportunities for Fagalii if the airport were to re-open, but we have weighed these up and remain firm in our position that there is no cost to the value of life,” concluded the former HRPP MP.

A matai of Fagalii, Salu Moleni Iene was also asked for a comment, however, he told SGN that Tuisugaletaua was the toeaina matua of Fagalii, and the respected matai to speak on behalf of the village on the matter. “He will tell you what is in our hearts, and the position of our village..”

In October 2021, Samoa’s former Prime Minister Hon Tuilaepa Sailele Malielegaoi warned that the 670 metre asphalt airstrip was too short. According to Tuilaepa, there had been near misses of accidents over the years.

“These fast planes found it difficult to stop and there were close calls, time and time again at Fagalii because the airstrip was too short,” he said.

Tuilaepa said safety was a major factor as well as concerns raised by residents of Fagalii with homes nearby the airport.

According to Tuilaepa his government had explored the possibility of extending the runway at Fagalii but found it was not possible.

“There are deep valleys beyond the runway, and then there are families living on the other side”, he told the media at the time.

According to Tuilaepa, Fagalii Airport was also a high risk to Samoa’s borders for being an opening for drugs to come into Samoa.

“Border control staff are divided between Faleolo and Fagalii and this was becoming a risk for drugs to get through,” he added.

Fagalii Airport has been closed and re-opened multiple times over the years. The latest decision was to close Fagalii, made less than two years ago in January 2020. The then HRPP government declared it unsafe after several years of it being in operation.

At one time a grass-only airstrip, Fagali’i Airport was paved and re-opened in July 2002 only to be de-commissioned within three years in January 2005. At that time, the reason for its closure was, “due to Government and village concerns over safety and noise”.

Four years later in July 2009, Polynesian Airlines reopened Fagalii airport and resumed a service that included international flights to American Samoa. The reopening of the airport was controversial at the time and attracted criticism for safety and environmental issues, with concerns aimed at the airport’s configuration.

It operated for ten years until the Government once again decided it was unsafe, and held an official closing ceremony in January 2020.

Questions have been emailed to the Honorable Minister of Works, Transport and Infrastructure (MWTI), Olo Afoa Fiti Vaai, through his media secretary.