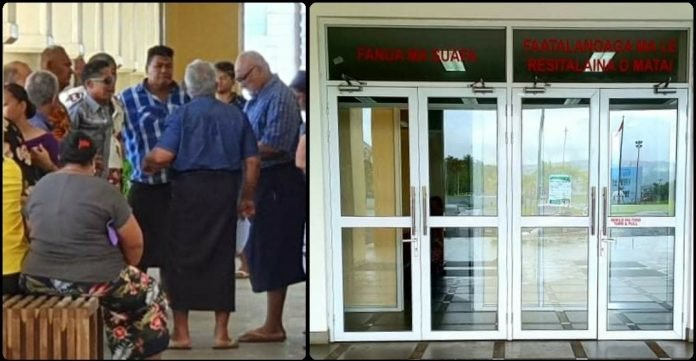 Two elderly matai from Samatau have pleaded guilty to knowingly forging the signature of the Sui o le Nuu (Village Representative) on a matai bestowal form that was submitted to the Lands and Titles Court for registration.

Through their lawyer Sifuiva Maureen Tuimalealiifano, Teleiai Emosa Malaga Elia pleaded guilty to three charges, while Mutimuti Teleiai pleaded guilty to one charge in relation to the incident that occurred between 1 November 2019 and 31 January 2020.

Speaking to Samoa Global News outside Court, Teleiai Toa’s brother, Sepu Teleiai filed a complaint with police when his signature was forged on the registration form without his knowledge. Sepu did not say how the two defendants had obtained the registration forms that are issued to and kept under the care of his brother.

According to Sepu, this case has prolonged because matai from Samatau tried to have the matter withdrawn from Court, to be resolved traditionally.

“My brother explained to members of the village, that these cases of criminal acts cannot be withdrawn. He told them that this is a good lesson for the future generations, to know that such acts are unacceptable,” said Sepu.

The two matai involved in forging the documents have appeared in Court repeatedly over this matter, and today, finally entered pleas during criminal mentions before Justice Fepuleai Ameperosa Roma.

They continue to be remanded on bail and will appear for sentencing before Justice Vui Clarence Nelson in two weeks.