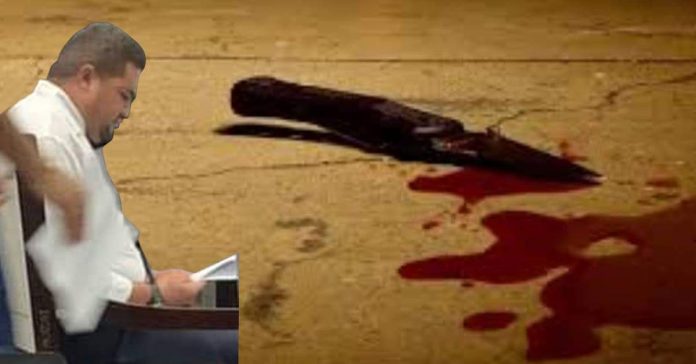 13 February 2019, Apia Samoa. Medical reports reveal that the woman who was allegedly shot in the face earlier this year had also sustained a stab wound on her head.

This was revealed in Court by lead prosecutor Leone Su’a-Mailo during the proceedings of the bail application before Justice Tafaoimalo Leilani Tuala-Warren this morning.

Peter Tulaga is facing an attempted murder charge however prosecution also revealed this morning that he could face additional charges once they are all finalised.

Sua-Mailo’s said during her submissions that medical reports clearly pointed to the victim having sustained injuries from two separate assaults.

“The first assault which strongly supports prosecution’s case is that there was actually a stabbing of the victim with a sharp object and after the stabbing the defendant then shot her with a 12 gage shot gun,” argued the prosecutor.

“The affidavit of Dr. Petueli confirms that the laceration which I had referred to was forced by a sharp object as opposed to a gunshot.”

Leone told the Court this particular evidence shows the intention by the defendant to kill the victim.

“He had not only assaulted her with a sharp object and had aim these stabs on her face but had also resorted to shooting her on the face.”