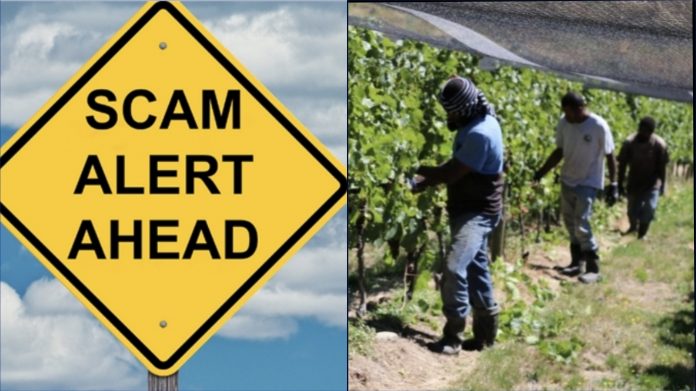 Translated from the files of #FaaSamoa.  A 39 year old man from Leauvaa has shared the deep shame and embarrassment he is experiencing as a victim of a scammer, who posed as a representative of the government ministry responsible for coordinating the seasonal workers programme.

Emelio Toalua said a woman had contacted him, and said her name was Lyn Nauer from the Ministry of Commerce, Industry and Labour (MCIL). She described her office as being at the location of the MCIL office, on the 5th floor of the ACP building.

According to Mr Toalua, the woman told him that he had been selected for the next intake of seasonal workers, but a team of 30 needed to be put together. Toalua contacted other men in his village, and a further 20 men from various other contacts.

“Out of desperation to take up the opportunity to work abroad and earn a living for our families and our children, we began the process with this woman,” shares Emelio.

“She said those of us with passports needed to pay $250 tala, while those without passports had to pay $500. About 10 men from my own village also believed the scam and paid this woman, but there were close to 30 of us altogether,” he said.

Emelio Toalua says he feels like such a fool because farewells were held with families, their church, the village and the different groups that he belonged to.

“I don’t know how to face everyone, and I feel so embarrased to show my face around the village again.”

Emelio said the whole group was told that their flight was on Thursday 22 September.

“Last week on the 22nd of September, we all went to the airport, but when we arrived at the airport, we received a message from “Lyn” to say our flight has been moved to Sunday.”

Emelio and his group returned to the airport on Sunday, to find their names were not on the filght list. On Monday morning this week, they visited the Ministry’s offices at the ACP building in Apia, only to discover that the staff member by the name of Lyn was not the same person who had successfully scammed them.

On advice of the Ministry, Emelio and some of the men affected lodged a complaint at the Afega Police Outpost.

Police did not take long to track down the scammer. The woman met with them at the Afega police station where their passports were returned, Emelio said.

“She cried infront of the police and apologisedl.. She asked us to give her a chance to pay back the money.”

According to Emelio, the scammer has been given two weeks to return all their money or face charges filed against her.

The Ministry of Commerce, Industry and Labour has continued to warn the public against seasonal worker scams.

Last December, two men were convicted and sentenced to four years at Tanumalala of obtaining by deception after fooling 13 people into paying them $300 tala each. Those victims had also turned up the Faleolo International Airport, to find that they had been scammed.