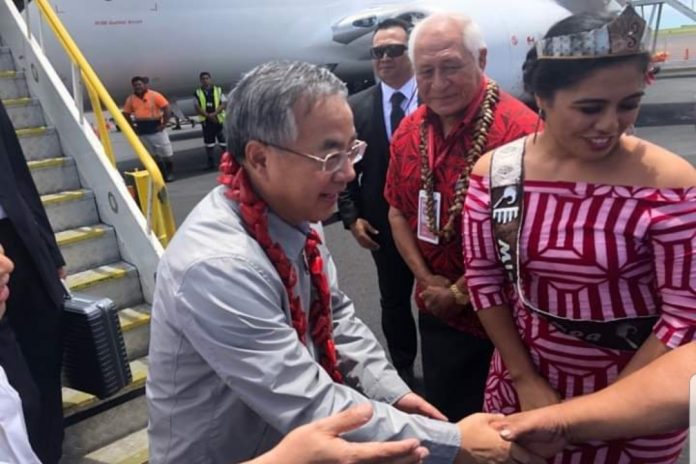 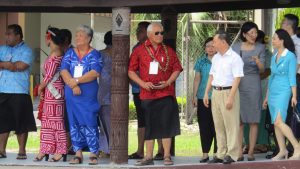 The Premier’s State Visit to Samoa coincides with the 3rd China-Pacific Island Countries Economic Development and Cooperation Forum hosted in Apia from today through to Monday 19-22 October 2019.

Premier Hu Chunhua (胡春华 ) leads a delegation of more than 250 government and business representatives from China to attend the economic forum which aims to explore trade opportunities between China and the Pacific including trade in services in the areas of e-commerce and tourism. 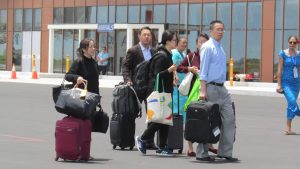 The 56 year old Premier worked in Tibet for much of his career and ascended the party ranks partly through the Communist Youth League.

He is popularly known as “little Hu” due to the similarities of his career with that of former Party General Secretary Hu Jintao (no relation).

He became China’s youngest governor when he took the position in Hebei province in 2008. 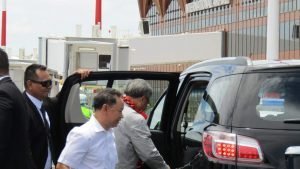 He was then promoted to Party Secretary of Inner Mongolia in 2009 and in 2012, Hu was appointed to the 18th Politburo of the Communist Party of China, a ruling council of China’s top leaders. He, along with Sun Zhengcai, were the youngest members of the 18th politburo, raising speculation that they were being groomed to become China’s next leaders in 2022.

In Guangdong, Hu earned a reputation for being low-key, action-oriented leader who is not fond of bureaucracy or formalities.

In October 2014, Hu’s government began a series of public consultations on new anti-corruption regulations. Taking best practices from the Independent Commission Against Corruption in Hong Kong, Hu’s government experimented with merging the traditionally separate departments of Discipline Inspection, Supervision, Anti-Corruption, and Audit into a single agency.

Premier Hu Chunhua (胡春华) played a role part in the security preparations of the Beijing Olympics.

Born into a family of farmers in Wufeng County, Hubei he had advocated increasing domestic consumption in response to the global financial crisis and earned a reputation for assuring equitable policies in the relocation, employment and social welfare of nomadic peoples in efforts to close the wealth gap during his tenure in Inner Mongolia. 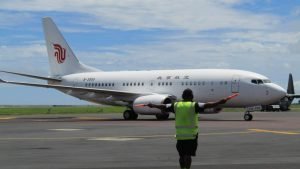