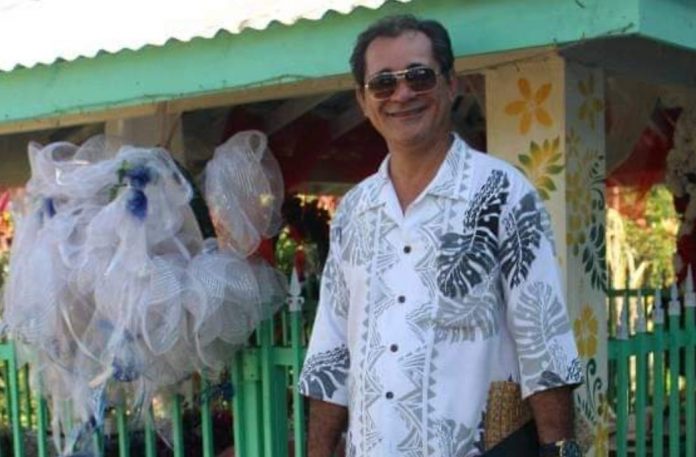 As the toll from the measles crisis continues to mount health workers have been putting their own health on the line to help deal with the emergency.

Retired nurses have been pulled back into service and nursing students have also been asked to work at hospitals around the country none stop.

Among those who have responded admirably to their calling is Registered Nurse Segi Mulipola Saveatama James Belford Belford, a veteran of close to 30 years who has been the Nurse in Charge at the Poutasi District Hospital for more than a decade.

He survived the 2009 Tsunami where he almost drowned but willpower drove him to continue as a first respondent on the ground for days after the deadly tidal wave. 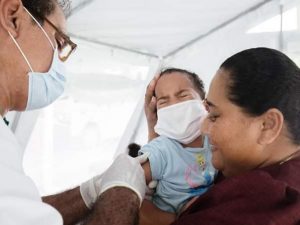 And Belford is back on the front line again under different surroundings and facing an invincible nemesis.

He recalled that when the early signs of the crisis started surfacing, he and his nursing colleague had long since canvassed the villages under the Poutasi Hospital’s jurisdiction from Falealili, Siumu, Lefaga and Safata, targeting 6 months to 19 years old.

“Data provided showed our target group has close to 4, 000 mostly children under 4 years old in needed of vaccination,” he said. “And we did fairly well with just a team of two.”

According to Belford a great number of parents had point blank refused to allow their children to be vaccinated.

“We had planned everything for our home visitations by identifying families posing a high risk from members who are not immunised to scheduling but the more we tried, the harder it was to convince parents,” he said.

And as soon as the mortality rate started to surface, Segi noted a sudden surge in parents coming forward.

Most of those who’ve died during the measles outbreak have been very young children and that’s also “taking an emotional toll on nurses as well.”

“Thank God, that there has been no child from our District who died as a result of the crisis and I feel for families who have lost a child,” he said.

Mindful that nurses are also at high exposure risk, Segi says that it comes with the job.

“The nurses are working 12-hour shifts but in case of emergencies and dealing with the resuscitation of very sick babies they extend their shifts,” he added.

“The longer you’re facing this crisis it causes a lot of impact to the nurses’ psychological emotions,” he continued.

“That may cause another form of tiredness and some of them they get sick.”

Overall, Segi is commending his colleagues for answering their Call of Duty admirably under uncompromising circumstances.

And he also compliments the assistance from overseas.

“The assistance from our international partners is duly noted and greatly appreciated,” he said

With the end of the two day Mass Vaccination Campaign, Segi along with hundreds of his colleagues remain in vigil in hopes and prayers that the measles crisis will come to an end.