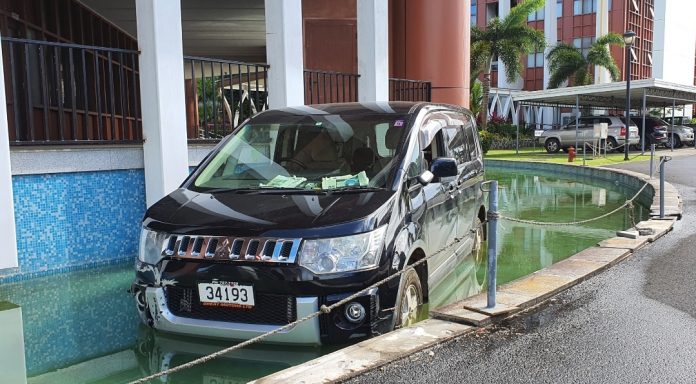 20 October 2020, Apia Samoa. A man who came to drop his wife off at work at the Tui Atua Tupua Tamasese Efi (TATTE) government building fell asleep on the wheel and drove his car into a pond that surrounds the building.

Speaking to Samoa Global News Apelu Asovale of JT Security said the driver is a regular in the morning drop-offs to TATTE.

Apelu says he heard a loud bang and looked up to see the car had just crashed into the pond.

“I was standing right over there. I saw him come into the SQA carpark and drop off his wife; then he drove away slowly until suddenly then car drove right into the pond.”

“The pipes here all fell in and the car was facing the building so we brought it here to make it easier for towing”, said Apelu.

The driver had his 2 year old daughter in the car and Apelu says they were both well and unharmed.

Apelu said the Police and a tow truck had come to the scene but the driver did not want the car removed by dragging it out of the pond.

“He wanted to wait for Francis tow truck – so the car can be lifted out instead of being dragged”, said Apelu. 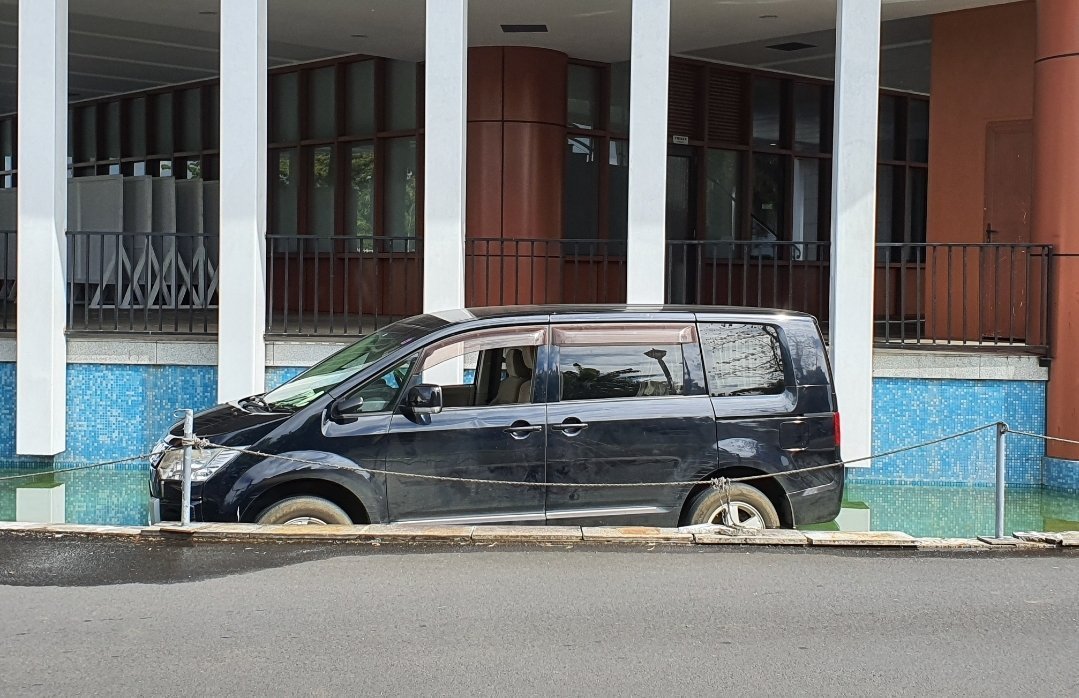 One TATTE worker made light of the situation and said it was free carwash day.

The man’s sister in law who came to the scene, said her brother may have a health condition that causes him to fall asleep. She was grateful noone was hurt and said the car belonged to her parents.