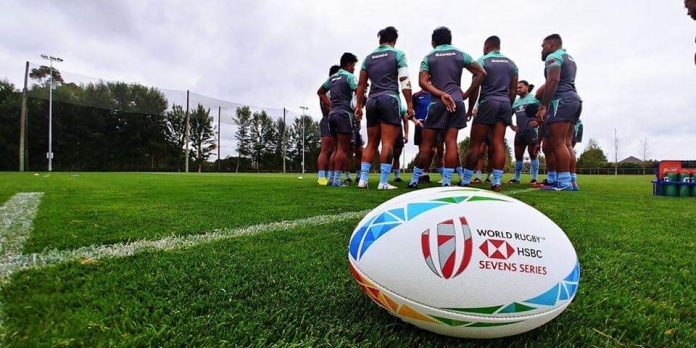 Our Manu Samoa 7’s team has come up short against the flying Fijians 19-12 after a brave performance to open their pool matches in Hamilton.

A Fijian mistake at kick-off gave the men in blue prime field position to score first. Samoa rolled up their sleeves and took the physical game to the Fijians. Good strong ball carrying paid off for Vaa Maliko to secure his first try in two years coming out of injury.

Fiji made another mistake at kick-off and Samoa looked like they were sure to be in for another try.

However the Olympic Gold medalists showed their class and turned defence into attack to put 7 points of their own running the ball for the full length of the field to score.

Samoa then found themselves back on the attack off a penalty. Captain Tomasi Alosio was one pass away from putting Samoa back on top when he lost control of the ball.

Fiji again ran the full length of the field with their trademark offload after offload, to take a 12-7 lead at halftime.

Johnny Vaili sent the ball into space with the second kick-off that gave Tomasi Alosio the opportunity to win the ball back. Now with the ball, Samoa showed discipline attack with a patient phase after phase. Joe Perez finally crossed the line with skillful footwork to score in the corner and level the scores at 12-12.

Now it was Samoa’s turn to blunder the kick-off, putting Fiji on the front foot and Samoa under pressure. The pressure was too much for Samoa as Uaina Sione received a yellow card which led to a Fijian try under the post to give them the lead.

Samoa were deprived the opportunity to tie the game at full time when referee Richard Kelly made a questionable call penalising Samoa for supposedly diving into the ruck.