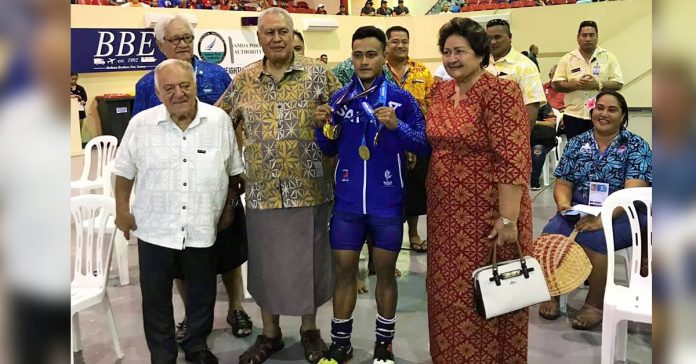 For the Pacific Games Ioane secured 3 Gold medals in the Snatch, Clean & Jerk as well as the Overall total in the 67kg Senior Men division.

He also won a Gold medal in the Oceania and the 5th Gold medal for the Commonwealth Championships.

Ioane is no stranger to the sport.

Ioane told Samoa Global News that his Dad, who is currently in American Samoa, was his biggest motivation growing up.

“He instilled in me a strong work ethic from a very young age that helped make me the man that I am today,” he said.

“This is for him and also for Samoa my country and I am very grateful to God for the strength he has given me.”

The father of a 1 year old boy said he dedicates his achievements to his son as well as his Coach Tuaopepe Jerry Wallwork.

“He always pushes us to be better at what we do,” said Ioane.