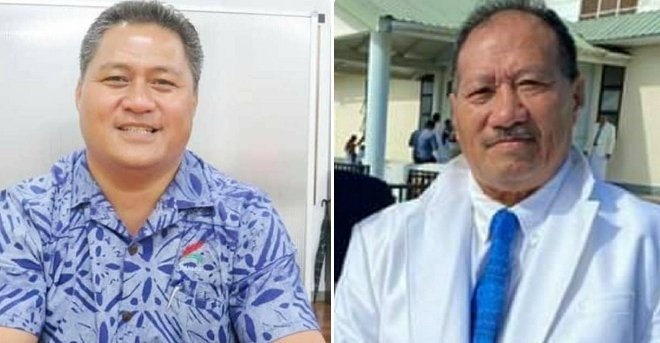 After a long night of counting the Office of the Electoral Commissioner published the first unofficial results on their Facebook page at around 8:25am this morning.

Within an hour, however, the OEC retracted the post saying the Vaimauga 2 unofficial results had yet to be confirmed because the Moataa EFKS booth was still in question.

The post was then taken down, but not after it was widely shared by hundreds of keen followers of election results.

OEC’s retraction message states that the Moataa EFKS booth was not confirmed. 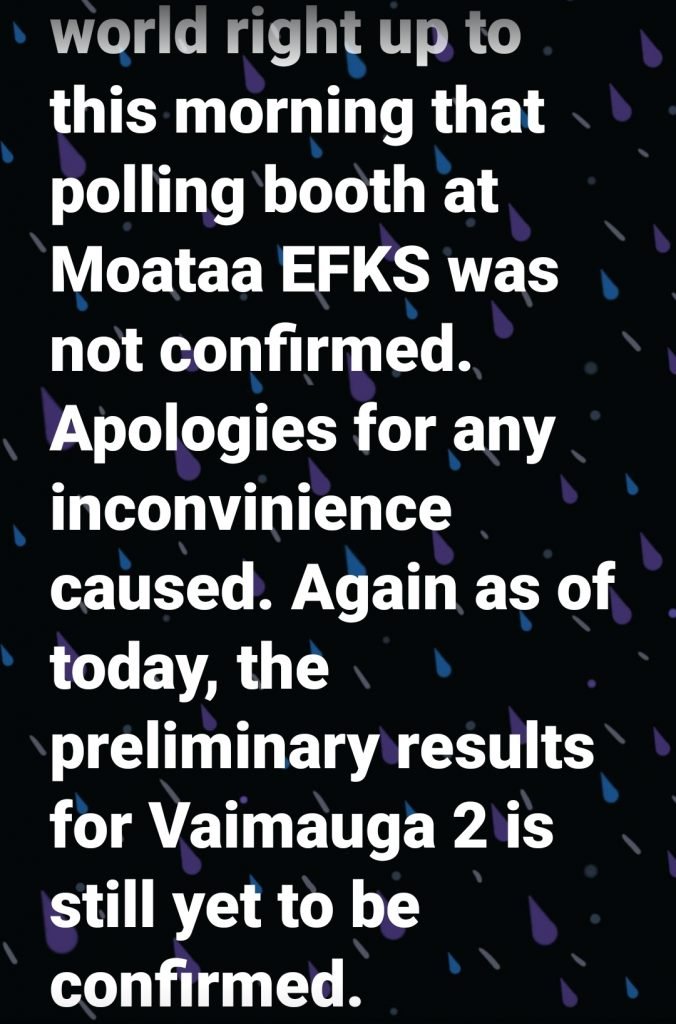 Asked for a comment Faimalomatumua Mathew Lemisio says preliminary unofficial results are based on 98% of booths being counted, as was clearly stated on the post.

“Unconfirmed reports has Leanatai polling 219, Taiman 40 and Tofaeono 22. But we’ll confirm all those during final count,” he said.

Last night, supporters of HRPP candidate for Vaimauga 2 and former Associate Minister of Justice Lenatai Victor Tamapua celebrated, thinking they had won based on scrutineers counts.

Sources from Lenatai’s camp say their scrutineer records places Lenatai by 160 votes ahead of the Tautua Samoa Party candidate.

The issue of Vaimauga 2, however, does not affect the preliminary results of the FAST party with 25 seats; 15 from Savaii and 10 in Upolu.

Whatever the outcome, the unofficial count of polling day votes by the people does confirm that the hold of HRPP as the dominant politically party in Samoa has come to an end as voters particularly in Savaii, show overwhelming support for FAST candidates.

Five former HRPP former Cabinet Ministers and the former Deputy Speaker do not return to the XVII Parliament of Samoa according to the first unofficial count.