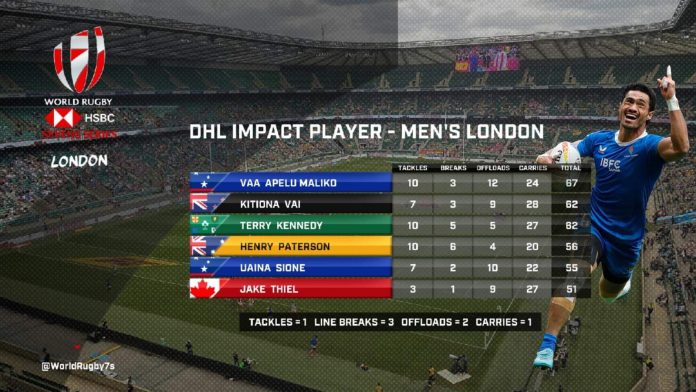 Samoa’s Vaafauese Apelu Maliko has been named the DHL Impact Player following his stellar performance at the London leg of the HSBC World Sevens Series played over the weekend at Twickenham Stadium. Also named in the Top 5 is Samoa’s power forward, Uaina Sione.

Apelu Maliko and Sione were both also named in the Dream Team following the Toulouse 7s last weekend.

The DHL Impact Player Award recognises the players making a difference in all areas of the game and corners of the pitch, states the DHL sponsors of the award.

“Highlighting the try makers and not just the try takers..”

Scoring a try is not one of the four criteria used for the Impact Player Award that is instead, judged by Tackles, Carries, Line-breaks and Offloads. 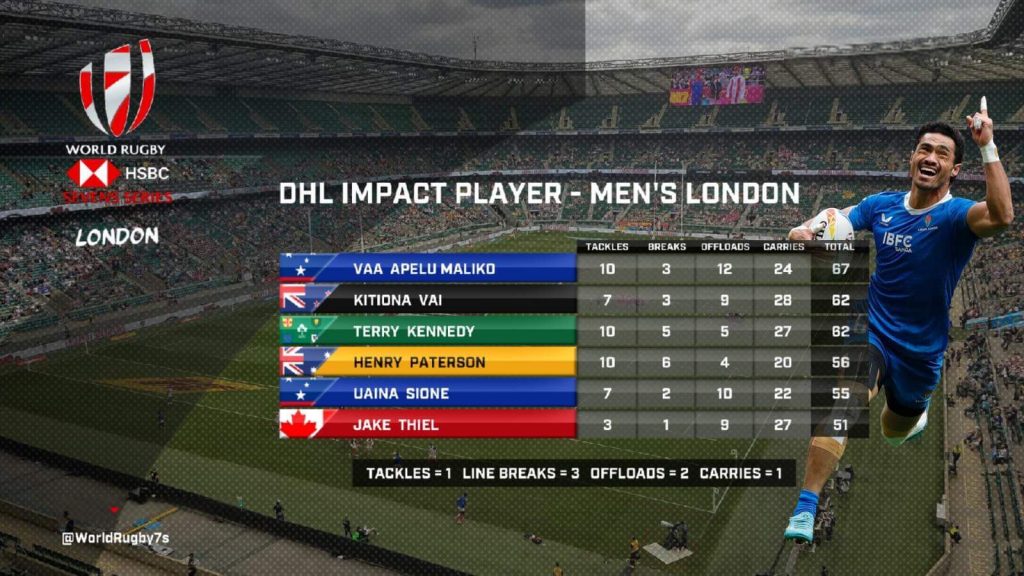 Hailing from the Tepatasi Club in Aleipata, Vaafauese has won the overall points for the Impact Player with 3 Line-breaks, 12 Offloads, 10 Tackles and 24 Carries.

Uaina Sione got himself onto the Top 5 with 2 Line-breaks, 10 Offloads, 7 Tackles and 22 Carries.

A winner is announced at the end of each individual tournament and the overall series winner is judged across all 10 legs of the HSBC World Sevens Series.