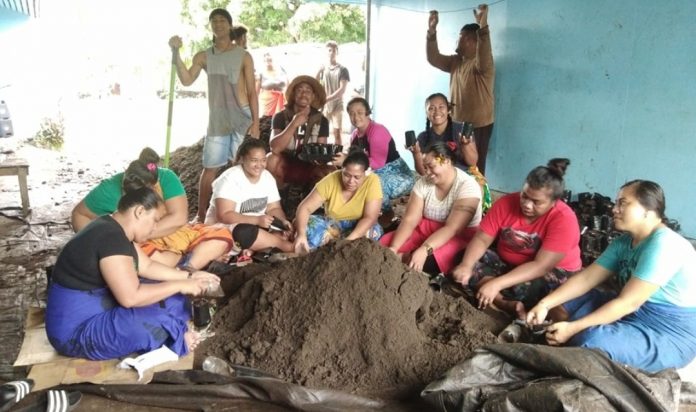 Unemployed hotel workers and youth in Asau, Savaii, hit hard by the downturn in tourism are receiving support from the Ministry of Agriculture and Fisheries (MAF) in an employment scheme that aims to rehabilitate the coconut and cocoa industry while offering a wage incentive. 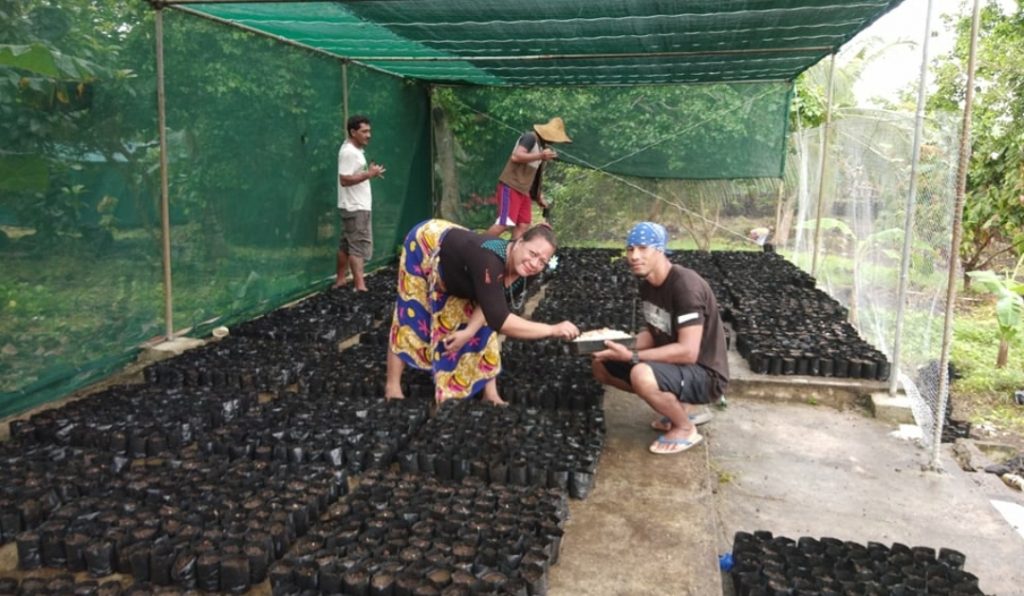 The incentive is funded by the Government’s second stimulus package and implemented by MAF in collaboration with the Samoa Tourism Authority (STA). 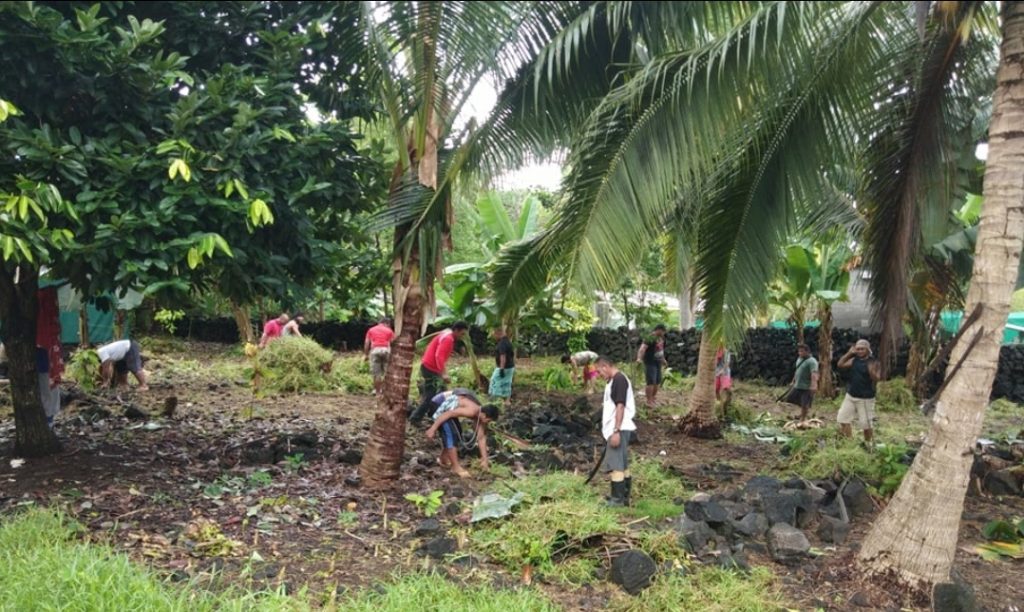 The replanting scheme will employ over 200 displaced hotel workers from around Samoa for 15 weeks to help mass produce cocoa and coconut within their own districts and within the Ministry’s eight centres in Savaii and Upolu.

There are currently 51 combined hotel personnel from the Vaimoana Seaside Lodge and the Vaisala Hotel allocated to work within the Asau extension station, assisting the MAF with cocoa nursery establishment and maintenance.

The workers have produced 15,952 cocoa seedlings in just over two weeks which is an impressive number says Asau Senior Crops Advisory Officer, Seluia Afaese who is also confident that together they will reach their overall target of producing 150,000 cocoa seedlings. 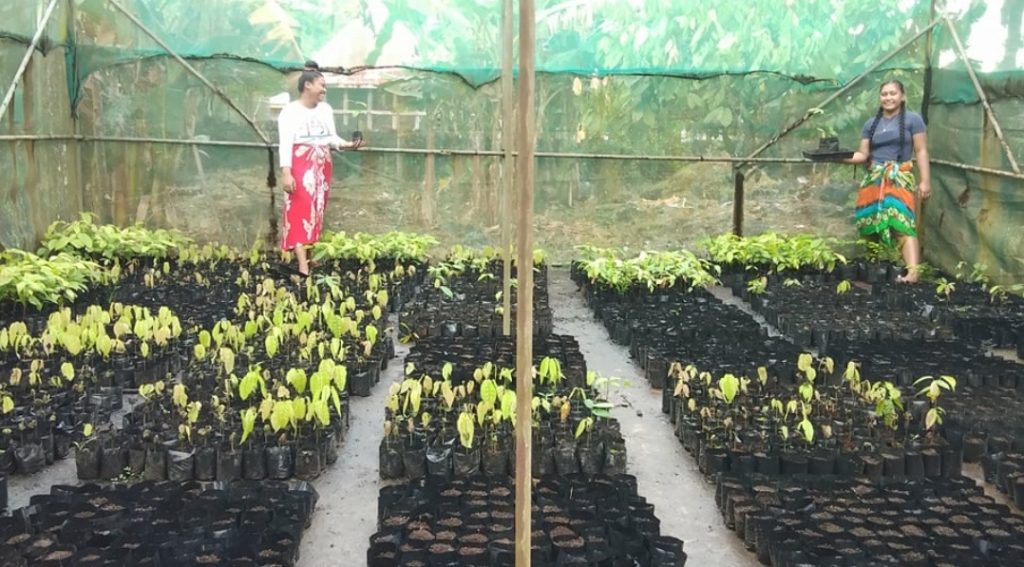 “The work so far by everyone on the programme has been a great help to the Asau station,” said Ms Afaese.. “Everyone is working well together and we wouldn’t have achieved this number in such a short amount of time with just our usual staff of 10.”

The large group were split into 3 work stations with the females tasked with preparing the polyethylene bags for seed sowing while the other two groups focussed on building the nursery shelters and maintaining the compound grounds. 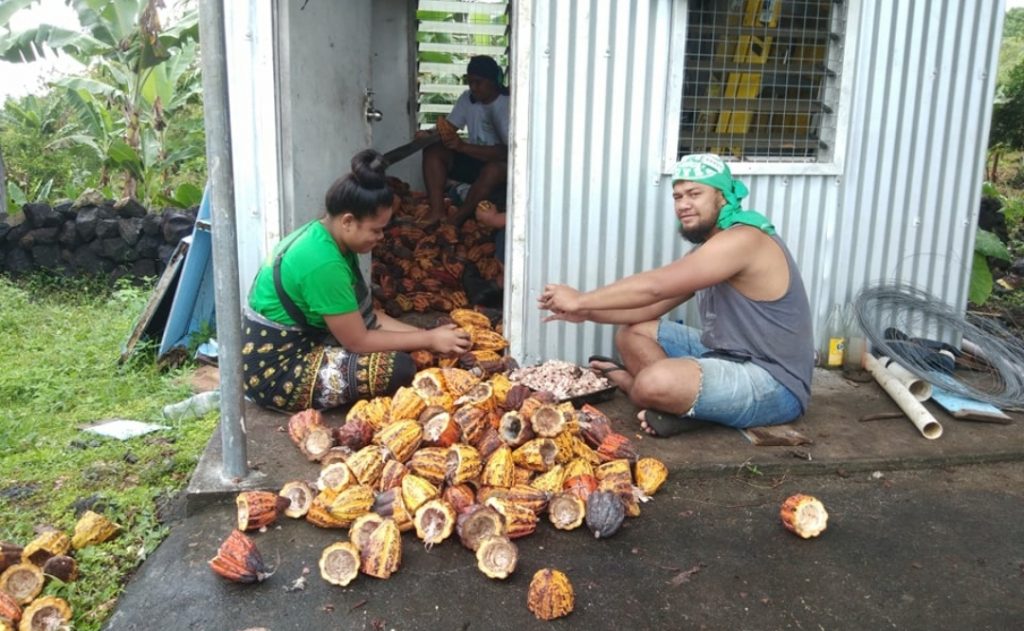 “The group have been working hard and making great progress despite the wet weather,” said Ms Afaese.. “Their overall positivity and high energy right from the beginning has helped to make everything run smoothly and they are determined to meet their goals.”

According to estimates from the STA, approximately 1,281 people in the tourism sector are currently unemployed. Around 16.7 % of affected people are based in Savaii while the majority (83%) are in Upolu with 0.3 % based in Namua Island. 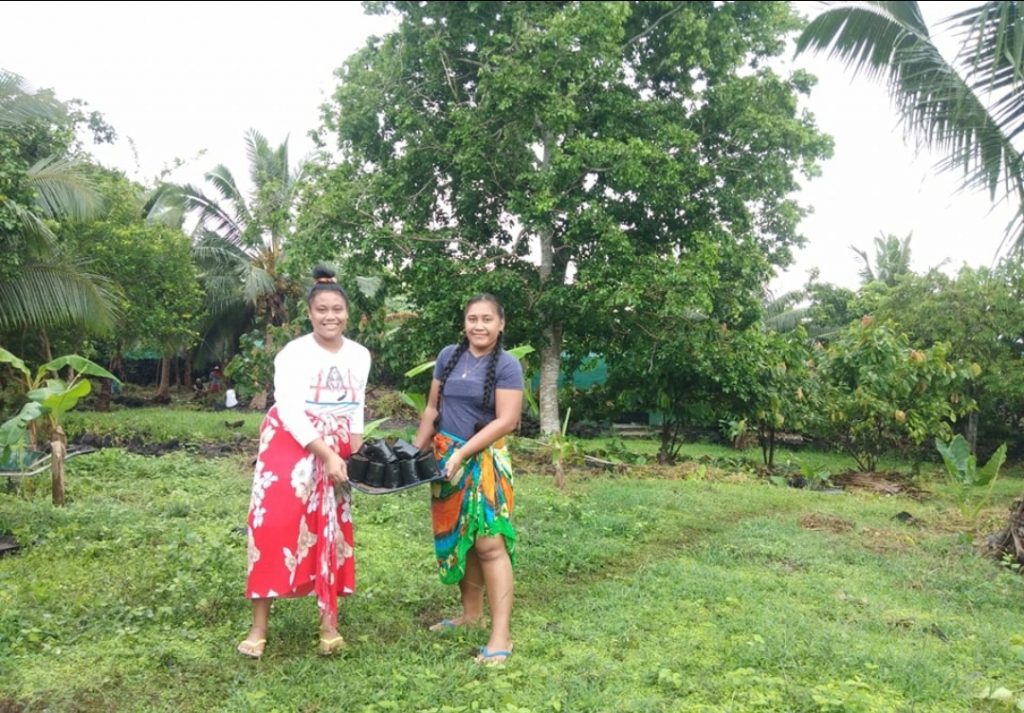 30 year old Valelia Savele Iona, a hotel worker from the Vaimoana Seaside Lodge says the coconut and cocoa replanting scheme has been a valuable opportunity to learn more skills while earning a salary to help support her family.

“Times have been hard without tourists coming through the hotels so it’s been a blessing and a relief to have an opportunity to work with MAF and earn a salary to keep us going,” said Ms Iona.. “If we didn’t have this programme, we would be staying at home but we are still working and that’s the main thing. So far this experience has been really worthwhile – we enjoy helping the MAF staff, learning new skills while earning some income.”

As part of MAF’s on-going efforts to protect the coconut industry from the spread of the Coconut Rhinoceros Beetles; sanitation programmes and training for workers will be provided on the job as the work progresses.

The Ministry also plans to procure 300,000 coconuts from the wider communities around Samoa at SAT 0.50 per coconut which will be distributed to participating growers  who are involved in the rehabilitation scheme through sanitation and replanting.

To ensure that all seedlings are planted correctly and produce healthy coconuts, MAF Crops Technical Division will site the coconuts before planting, monitor progress to capture the number of beetles and larvae collected and assist the community who will be planting coconuts on a weekly basis.