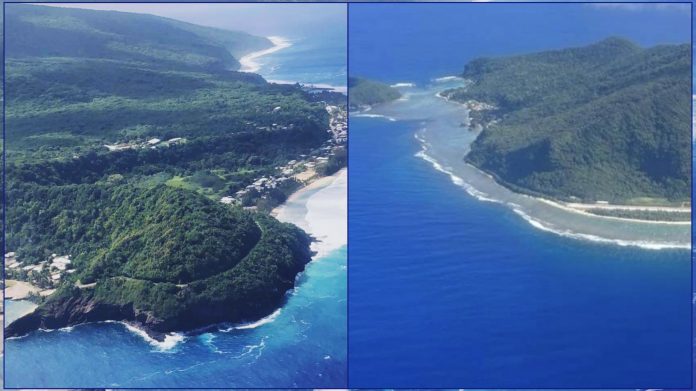 The American Samoa Government has activated its Emergency Operations Center (EOC) in response to reports of “the grounds shaking” from residents of Manu’a Island.

A press statement issued this afternoon by the EOC says residents Ofu and Fititua have described the ground shaking as “Vailuluu” – underwater volcano activities.

According to the statement, an American Samoa expedition in February 2017 explored the Vailuluu seamount and discovered an active volcano lying in the eastern region of the Samoan hotspot.

“The last visual survey of the volcano had taken place in 2005, but the seamount had been mapped since”.

Reports from the National Oceanic Atmospheric Administration (NOAA) website says a comparison of multibeam data collected in 2012 with new bathymetric data collected during the 2017 expedition, showed that the volcanic cone in the crater, called Nafanua, had grown substantially since the seamount was last mapped in 2012 – forming two distinct volcanic features.

“This volcano in the Samoa Islands rises to a height of 16,400 feet from the sea floor.  It is located to the east of Tau Island and it is said to have emitted smoggy water from its peak recently.”

The Director of Homeland Security Samana Ve’ave’a has said his staff in Manu’a have been advised to activate Ofu and Tau EOC Offices to provide assistance for residents “in the event something happens”.

According to the Director, residents of Ofu and Fitiuta say the grounds have been shaking 3pm this afternoon. 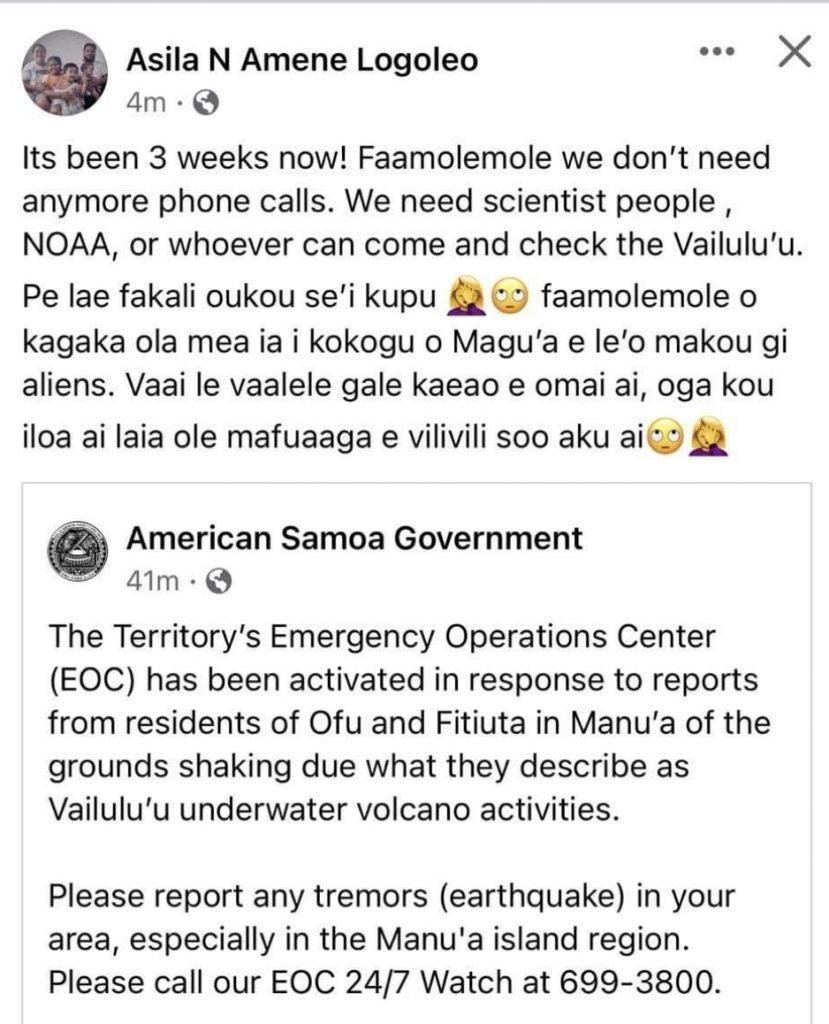 However, a resident of Manu’a has posted that it has been three weeks since the shaking has been felt by locals. Asila Logoleo has called for officials to jump onto the next flight, and get themselves to Manu’a.

“We don’t need anymore phone calls. We need scientist people, NOAA or whoever can come and check the Vailulu’u”.

“Or are you waiting for something to happen,” she asks.