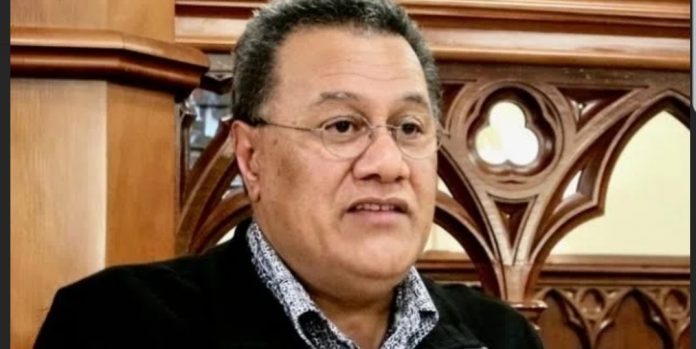 According to a source from the Ministry of Health, they were not prepared because they had not been advised that passengers would be on board the cargo-only flight.  They say the mix-up in arrangements was because they had to quickly find somewhere to fulfill the prescribed 14-day quarantine period.

“They announced that the repatriation flight was postponed to next week, the 29th, so we weren’t prepared for this. We didn’t know anyone was coming on this flight,” he said.

According to Prime Minister Tuilaepa Sailele Malielegaoi, only six seats were available on the freight-only flight, and Air New Zealand had decided who would be given priority.

Passengers from the flight were first taken to the Manumea Hotel, however hotel Manager Luna Paul told Samoa Global News that the CJ and other passengers were then later transferred to another hotel.

According to a hotel staff member, they were told to essentially close down all other hotel services for the next 14 days.

“Our other guests were coming to use our bar and restaurant, so that didn’t really work out for us”, he said.

The passengers then had to be transferred, staying the night at Samoana Hotel – across from Apia Park, where they are expected to be quarantined for 14 days.

In an earlier statement the Prime Minister said there were more than 900 Samoan citizens stranded in New Zealand desperate to return home.

“We are looking at 150 passengers to be on this flight, but there are about 900 people wishing to return to Samoa,” said the Prime Minister.

“The priority will be for returning residents who already paid return airfares from Samoa-New Zealand-Samoa, and whose visitor’s visas have expired, and should return home.

“That’s why the Government has allowed the flights from New Zealand to bring our people home, but make no mistake the strict restrictions according to our State of Emergency Order will be followed.”

The first official repatriation flight with an expected 150 Samoan citizens is scheduled for Friday 29 May 2020.