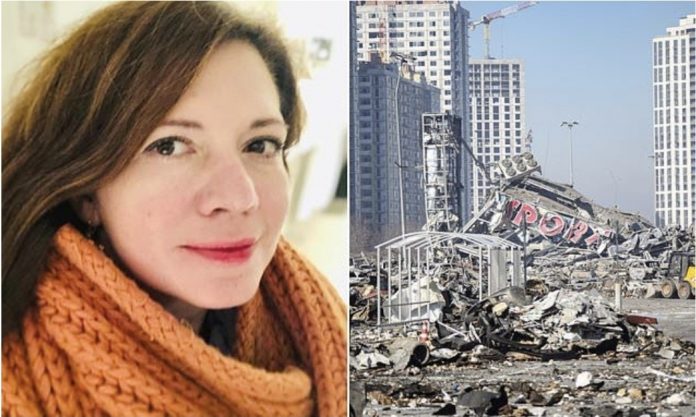 A Russian journalist has been killed during shelling by Russian forces in the Ukrainian capital Kyiv. The independent Russian news outlet The Insider said Oksana Baulina was killed Wednesday when she was documenting the damage of a Russian shelling of the Podil district of the capital and came under a new strike.

It said a civilian was also killed and two people who were accompanying Baulina were wounded and hospitalized.

The Insider said that Baulina had previously worked for the Russian opposition leader Alexei Navalny’s Anti-Corruption Foundation until she was forced to leave Russia after the organization was designated ‘extremist’ by the authorities.

It said it will continue to cover the war in Ukraine, ‘including such Russian war crimes as indiscriminate shelling of residential areas killing civilians and journalists.’

Baulina had previously sent several reports from Kyiv and the western Ukrainian city of Lviv, The Insider said. The publication expressed its “deepest condolences” to the reporter’s family and friends.

In a Facebook post at the start of the month Oksana said: ‘you often get a call from friends from Kiev, Kharkov and so on – with the words: ‘I thought it was my last day.’ and so resolutely, without emotion.

‘I have no tears and no words left either. nothing but a fierce HATE.’

On Twitter, less than 24 hours before she was killed by Russian forces, she posted a tweet mocking ‘#MadVlad’ about his golden toilet roll holder on his yacht.

The Russian was very pro-Ukraine, and had attended protests back in 2014 when Russia annexed Crimea.

Baulina is one of five journalists known to have been killed in a month of war. In early March Yevhenii Sakun, a camera operator for Ukrainian TV channel LIVE who also worked for the Spanish news agency EFE, was killed during shelling of the TV transmission tower in Kyiv.

Two weeks later US journalist and filmmaker Brent Renaud, 50, was shot dead as he was filming in the town of Irpin outside Kyiv.