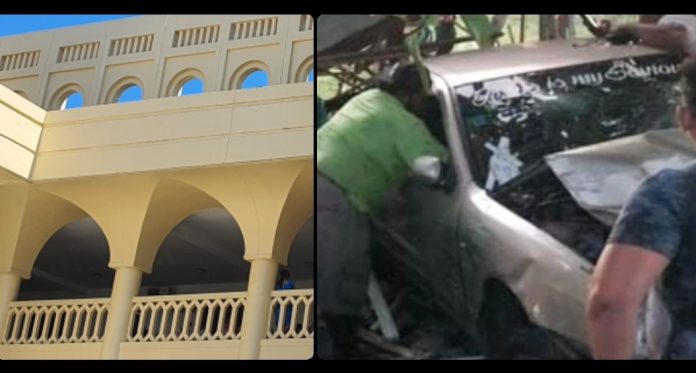 A man faces charges in the Supreme Court of Samoa in relation to the fatal Father’s Day weekend car accident at Leusoalii that claimed the life of his wife, also a policewoman. Prosecution have gone with the highest charge of motor manslaughter against Setu Viliamu, with the alternative lesser charge of dangerous driving causing death.

The defendant, Setu Alapati, was behind the wheel of a vehicle carrying three passengers on Saturday night, 7th of August 2021, when the car veared off the main road and crashed into trees on the side of the road. There were three passengers in the car driven by the defendant on that tragic night before Samoa celebrated Father’s Day. Setu Alapati’s sister-in-law whom first responders say died at the scene of the accident, Alapati’s wife also a member of Samoa’s police service who died a few days later at Motootua National Hospital, and is wife’s brother who survived.

Witnesses told Samoa Global News that their usual afternoon of volleyball at Leusoalii was disrupted when two speeding cars drifted off the road, crashing into nearby trees. A young girl from the village walking along the side of the road miraculously escaped. Although treated in hospital for injuries, she was later released.

Members of the village volleyball team said a “blue rental” had tried to overtake a “small brown car” but there were vehicles heading in the opposite direction that were also overtaking each other. The defendant was driving the blue rental car.

“The blue rental and the brown car were going in the same direction, from Apia to kuā..but there was a black car coming from kua e alu i Apia, and that’s the missing link to this accident”, a witness told Samoa Global News at the time.

The second vehicle carried two people who also escaped with injuries, however, the vehicles were embedded under pulu trees; and the villagers including members of the volleyball team trying to help, had dragged the two women out of the vehicles before first responders had even arrived.

Represented by defense counsel Fuimaono Sarona Ponifasio, Setu Alapati is currently out on bail to await court proceedings. Prosecution told the Court they would be finalising charges at next weeks mention where Alapati is expected to enter a plea to the charges against him.