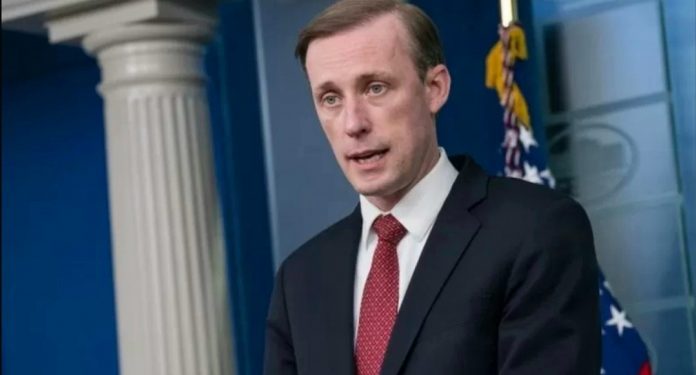 US warns China against helping Russia

The exchanges came before top US and Chinese officials met in Rome.

On Monday, the US warned allies that China had suggested it was open to a move to provide military and economic support, media reports said.

“Mr Sullivan raised a range of issues in US-China relations, with substantial discussion of Russia’s war against Ukraine,” a readout of the meeting said. “They also underscored the importance of maintaining open lines of communication between the United States and China.”

In an earlier CNN interview, Mr Sullivan said the US was “communicating directly, privately to Beijing that there will absolutely be consequences for large-scale sanctions evasion efforts or support to Russia to backfill them”.

“We will not allow that to go forward and allow there to be a lifeline to Russia from these economic sanctions from any country, anywhere in the world,” he said.

He added that while the US believed China was aware that Russian leader Vladimir Putin was “planning something” before the invasion happened, Beijing “may not have understood the full extent of it”.

Because it’s very possible that [Mr] Putin lied to them the same way that he lied to Europeans and others,” Mr Sullivan said.

In response, a spokesman for the foreign ministry in Beijing, Zhao Lijian, said the US had “been spreading disinformation targeting China on the Ukraine issue, with malicious intentions”.

Asked if he could clarify whether China had received a request for military help from Russia, Mr Zhao said this was “fake news” but did not deny it directly. He added that China’s stance had always been consistent and that China was playing a constructive role in promoting talks.

“Russia possesses its own independent potential to continue the operation. As we said, it is going according to plan and will be completed on time and in full,” he said.

China has so far refrained from condemning Russia for the invasion and has said Moscow’s “legitimate security concerns” should be taken seriously.

When the United Nations General Assembly voted to condemn Russia’s invasion earlier this month, China was one of 35 countries that abstained.

But Beijing at the same time has expressed “unwavering support” for Ukraine’s sovereignty. It has also called for peace and has said it is ready to help end the war through diplomacy. Several countries have urged China to do more to stop Russia’s invasion.

The EU and US help Ukraine, China helps Russia; if that’s how this goes, then it’s a delineation that will make the war in Ukraine an even more consequential one.

The White House has decided to make public its claim just as President Biden’s top security adviser is due to meet China’s most senior diplomat. It appears to be a tactical move, to put pressure on China; presumably to either confirm or deny it.

The bigger aim could be to try to make Xi Jinping weigh up the pros and cons to his current position of what was last week called a “rock solid” relationship with Moscow.

Remember that it was just weeks ago, as the Winter Olympics opened in Beijing, that Presidents Xi and Putin declared a new alliance that had “no limit”. Military aid could, clearly, be part of that.

But in the days after Russia’s invasion China has condemned the UK, the US and others for giving weapons to Ukraine’s military, saying they were adding “fuel to the fire”.

If the US intelligence assessment is correct and Beijing follows through on that request, then they too would be “adding fuel