Chargé d’Affaires Jonathan Lee Yoo hosted dignitaries, heads of government, and the diplomatic corps at the official U.S. Residence in Vailima for a U.S. Election Night viewing event. The program was held to highlight the importance of the election in the United States and the commitment to democratic values shared by both the United States and Samoa.

Chargé Yoo commenced the night with opening remarks highlighting the strength of U.S. – Samoa relations, “Regardless of who wins, I am proud that Americans from across the United States, and even those living abroad, have had the opportunity to cast their ballots and make their voices heard. The United States will continue our important work together with Samoa, to champion freedom and democracy, to stand up for the international rules-based order, and to promote peace and prosperity across the Indo-Pacific.”

To comply with the Government of Samoa’s State of Emergency Orders, the event was kept to a minimum of 100 guests. 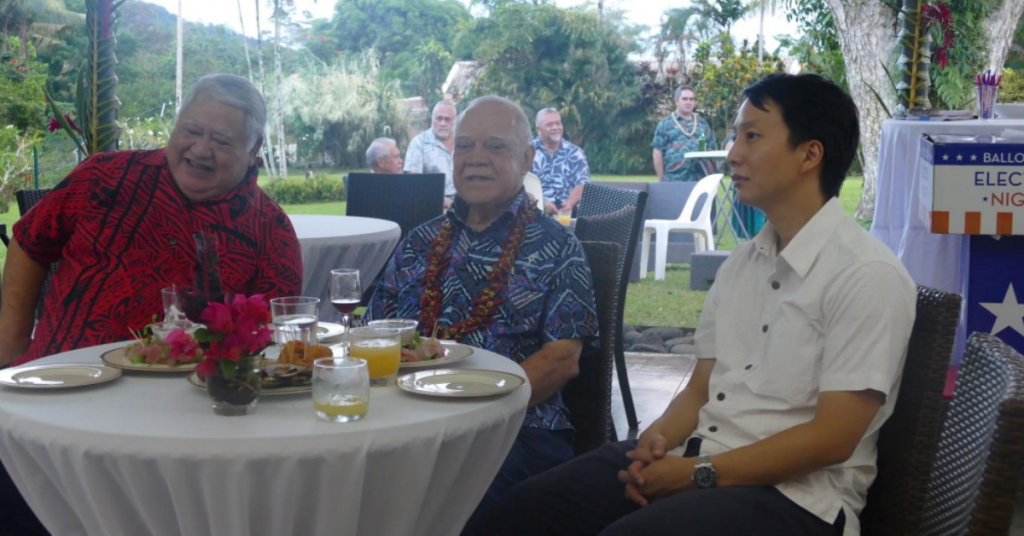