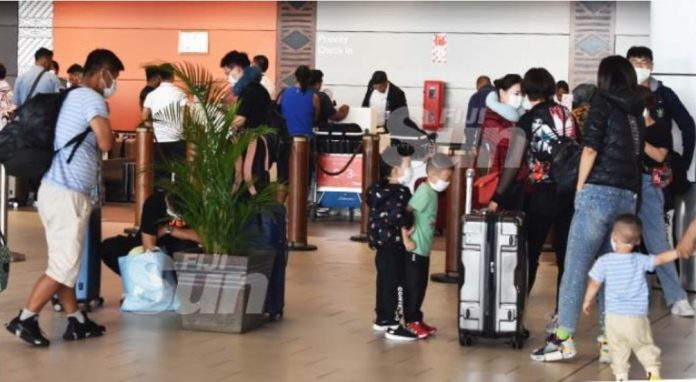 The Government Press Secretariat confirmed last night that two students returning home from China via Nadi Fiji have been quarantined as a precautionary measure.

The students arrived on Friday night via Nadi Fiji on Fiji Airways.

The Samoan students are isolated under self-quarantine for 14 days at the Faleolo Health Clinic, joining the two sailors who had been transitted in China on route to Samoa last Monday.

“After health screening at the airport, the students had no physical or visible symptoms associated to the Coronavirus”, says Dr. Robert Thomsen.

“However, the 14-day self-quarantine is compulsory for all returning Samoan citizens who have transited or stayed in China”, he added.

The Government of Samoa reiterates in a Press Release Meanwhile that the Ministry of Foreign Affairs and Trade (MFAT) is closely monitoring the virus developments in China “with the safety of the rest of Samoan scholarship students and Samoa citizens in the Republic a priority”.

Back at Faleolo, the two students join two Samoan sailors who have been detained and quarantined at Faleolo since Monday this week.

“The sailors also have not developed any symptoms associated to the virus since they were incubated,” says Tagaloa who reminds the public that the quarantine mandate is enforced without any exemptions.

The Public Health Director says the 14-day compulsory self-quarantine in a country without the virus applies only to travellers from mainland China.

“Nationals from other countries only require medical clearance within 3 days before arrival to Samoa.”

Samoa is not alone in imposing heavy restrictions.

In the wake of the World Health Organization declaring the coronavirus to be a Public Health Emergency of International Concern, both the Federated States of Micronesia, Marshall Islands, Palau, Kiribati and PNG have all issued expanded travel bans on Friday.

American Samoa has also declined travel from citizens of Samoa through the Faleolo – Pago Pago route.

Vanuatu was considering similar measures, while the Cook Islands Cabinet was weighing up whether to turn back travelers who had been in China.

All inbound travelers to Tonga are now required to fill out a health check form, and Fiji has stepped up airport monitoring.