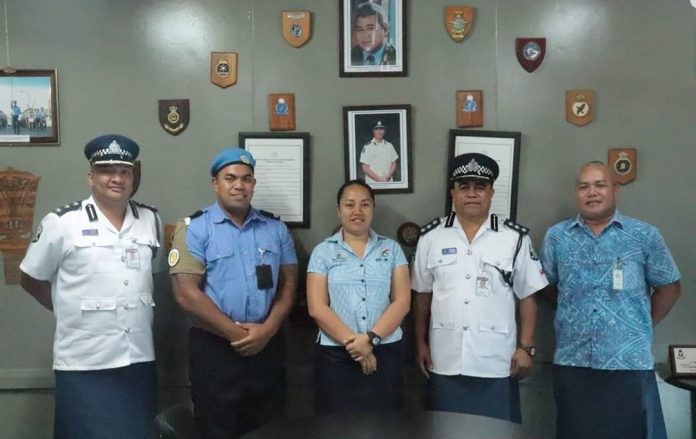 After a successful 12 months abroad, they were welcomed home by Acting Commissioner Papalii Monalisa Keti.

“We welcome and congratulate the officers for their professionalism and dedication to serve Sudan and the United Nations”.

The War in Darfur also nicknamed the Land Cruiser war is a major armed conflict in the Darfur region of Sudan that began in February 2003 when the Sudan Liberation Movement (SLM) and the Justice and Equality Movement (JEM) began fighting the Government of Sudan accused of oppressing Darfur’s non-Arab population.

The government responded to attacks by carrying out a campaign of ethnic cleansing against Darfur’s non-Arabs resulting in an estimated three hundred thousand deaths including women and children, while close to 2.7 million were displaced from their homes.

Inspector Filipo Iloilo and Constable Samuelu served alongside other peacekeepers in interventions such as law enforcement, joint patrols, checkpoints and the escort of humanitarian aid convoys in areas that are affected by the ongoing crisis.

When the two officers were deployed a year ago Police Commissioner Su’a Fuiavailiili Egon Keil said, “You are going to make SPS proud as you would be representing the government and people of Samoa”.

#TYJ for the safe return of our Samoa Police Officers.