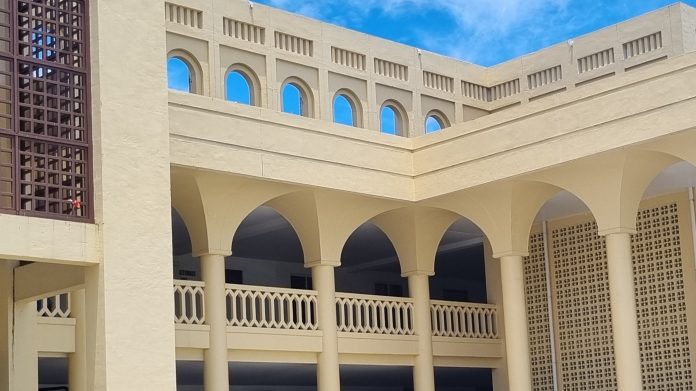 30 November 2022, Mulinuu Courthouse, Apia Samoa. Two male teachers of a local school for children with disabilities are facing charges relating to forcing two students to perform inappropriate sexual acts to each other.

The case was called in the District Court of Samoa this morning, whilst the frenzy of commemorating 16 Days of Activism against Violence is being rolled out across the country.

One of the two men accused of sexually  abusing children stood before Judge Alalatoa Rosella Viane-Papalii this morning to enter a plead of not guilty.

The other male teacher charged by Police did not appear in Court. According to Police Prosecutors, the second defendant is currently overseas on a seasonal workers contract.

Outside Court the two victims were seen with their parents. One of the victims mothers said they had expected the case to be heard in Court today.

According to the victim’s mother, there were two teachers involved and they are determined to see that justice is served. She said both teachers allegedly orchestrated acts between students while watching them.

The Court has set  an April 2023 date as the final adjournment of the matter.

It was not clear when the seasonal worker would return to Samoa, or how he had received clearance to travel given the charges against him.

A 2016 a Samoa Family Safety Study commissioned by MWCSD identified Persons With Disabilities (PWD) as amongst vulnerable groups in Samoa at high risk of being subjected to various forms of violence including sexual abuse.

“The victims are women, children, persons with disabilities (PWDs) and elderly people,” stated the report.

Whereas women and girls are mostly abused by family members and people known to them, the study found that persons with disabilities indicated that most perpetrators of violence against them were “other people” and not necessarioly family members.

Of the 100 persons with disabilities surveyed, 100% said they had been subjected to some sort of abuse and around 57% of perpetrators were reported to have been outsiders and not known to PWD victims.