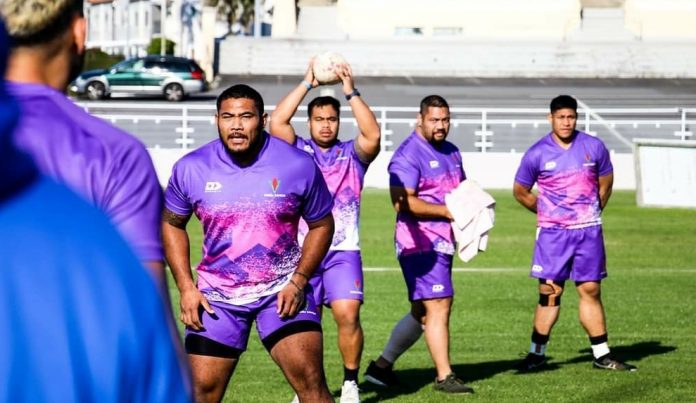 Tietie Tuimauga is promoted from the bench to the starting line up for Anae while Jonah Aoina joins the team on the bench.

Tomasi Alosio not named in the original squad gets to start this afternoon at fullback.

Team Manager Su’a Hesed Ieremia says the team are in good spirits despite the changes, and are focused on the task ahead.

“We’re grateful to get this chance to play the Maori All Blacks again, and make ammends for last week,” said Su’a, “but the ultimate goal is of course the two qualifying tests against Tonga in the upcoming weeks”.

Su’a says the lost opportunity to have the support of the crowd in the stadium for the first match in Wellington last week was a big blow to the Manu Samoa not only in gate-takings but also in player morale.

“It was the first ever hit-out for our new coach and his side, and we were taking Wellington to be a home stadium for us, so it was unfortunate to not get that opportunity.

In a valiant first performance after just two weeks in camp the Manu Samoa lost 35-10 to the Maori All Blacks in an empty stadium when Wellington went into Level 2 Covid-19 lockdown last weekend.

Manu Samoa former players living in Auckland attended the team’s jersey presentation last night to give words of encouragement to Mapusua and the team.

Samoa will face off against the Maori All Blacks this Saturday afternoon at Mt Smart Stadium, Auckland. TV1 Samoa has announced coverage to begin from 4pm (Samoa Time)