The Samoa Meteorological Office has confirmed that there is no cyclone warning for Samoa.

The latest forecast issued at 7pm Monday 17 February 2020 confirms that a broad area of low pressure systems with an extensive cloud band and gail winds is now located over Samoa.

The CEO of the Samoa Met Office has also come out to confirm that there is no cyclone warning for Samoa. There are instead two low pressure systems and Tropical Disturbance TD07 which remains near Tuvalu.

As of 2pm this afternoon there are two developing low pressure systems along this area of active convergence near Samoa to the North West of Savaii and the other to the South East of Tutuila.

Currently the most active system is situated to the South East. This system is expected to maintain its South East movement in the next 24 hours.

The system to the North West of Savaii may follow similar path. 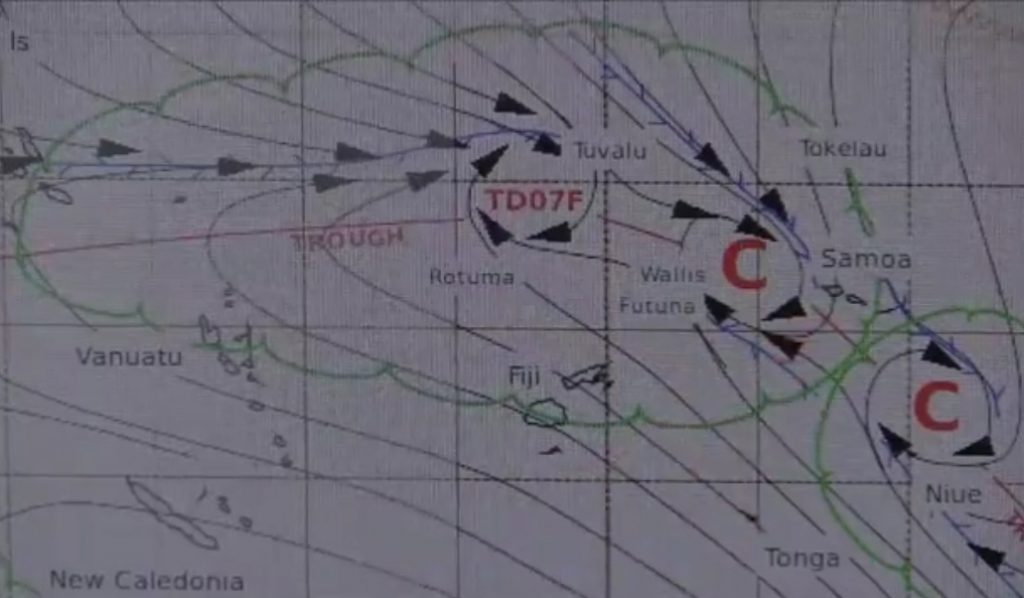 The associated active convergence links to both systems is most likely to bring damaging gusty winds, torrential rains and damaging heavy swells this evening towards tomorrow.

TD07 Tropical Disturbance remains as a weak low pressure with a low potential to develop into a tropical cyclone in the next 24 to 48 hours.

Foggy and slippery roads over mountain passes and ranges. Strong river outflow and landslides. Pooling near roadsides and waterways.

The next severe weather information will be issued 5am tomorrow morning.