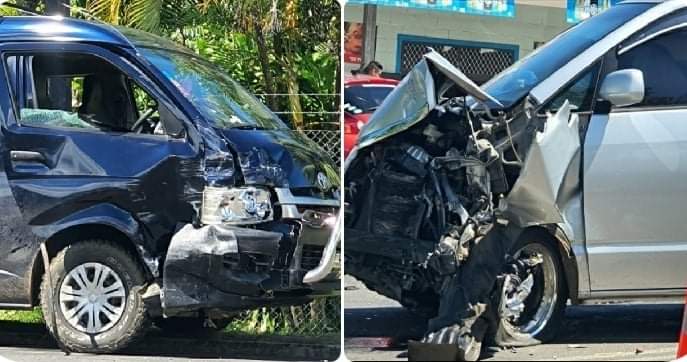 A split second error of judgement is believed to have caused a two-car accident along the four lane stretch of road at Tuanaimato just after 3pm on Sunday afternoon.

Police and FESA were quick to arrive on site; attending to drivers of a 7-seater Toyota Noah minivan, and a 15-seater Toyota Hiace van. Both drivers escaped with minor injuries.

The FESA team checked the engines of both vehicles to ensure the engines were in safe mode, also removing and sweeping all debris off the road for public safety. 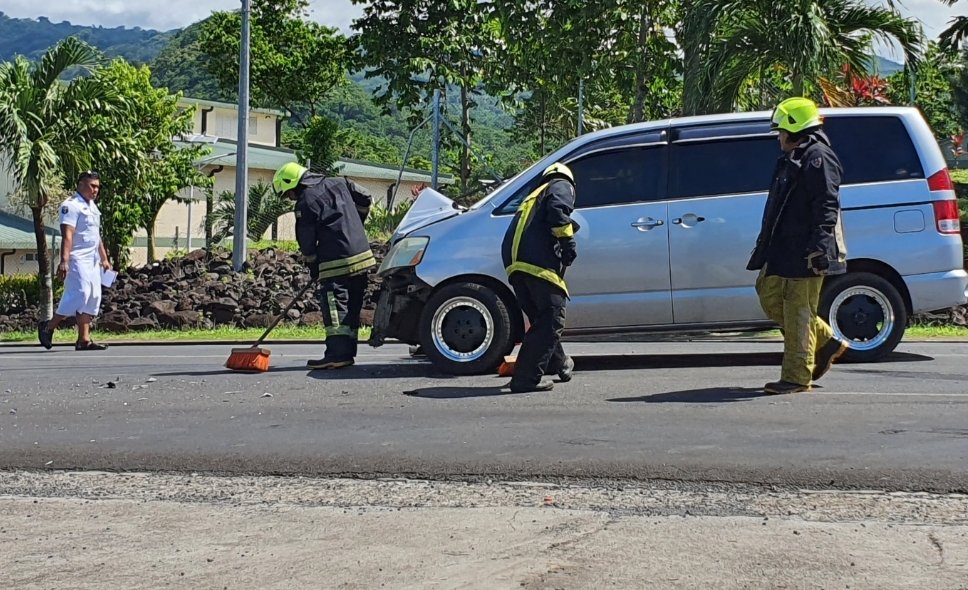 The driver of the 7-seater Noah minivan said he was travelling westward, up the hill, when he stopped at road centre, wanting to turn right into the ‘Lei Mart’.

He says he saw the van speeding downhill, and because it was a 2-lane road, he thought the driver of the dark blue Toyota Hiace van, would be able to swerve away from him.

The driver of the Hiace van, however, says he was travelling down the hill, and the Noah had pulled out onto the road, unexpectedly.

There was a lone driver in the minivan, while there were several passengers in the Hiace van including children who all escaped with minor injuries.

The Hiace van was fitted with a front bull-bar, which saved the van from too much damage, however, the bull-bar did cause extensive damage to the minivan. 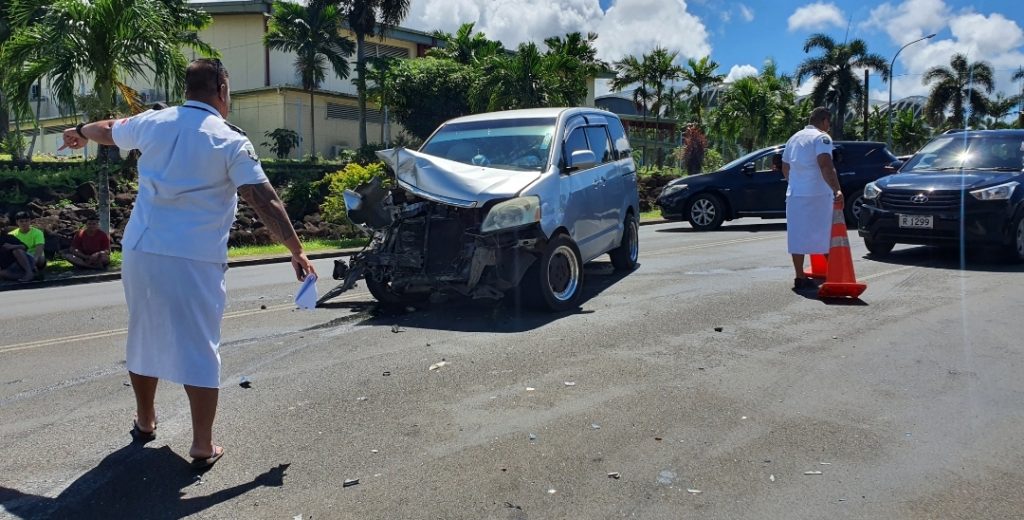 Witnesses say it was an unfortunate accident, where momentary decisions by both drivers, may have avoided the Sunday afternoon collision.

A woman who lives nearby had a different view. She told Samoa Global News there were far too many accidents along this stretch of road, and speeding drivers should be aware of land spirits that still walk the area.

“They speed up and speed down along this road here.. but this is where those people once wondered..” she speculated.