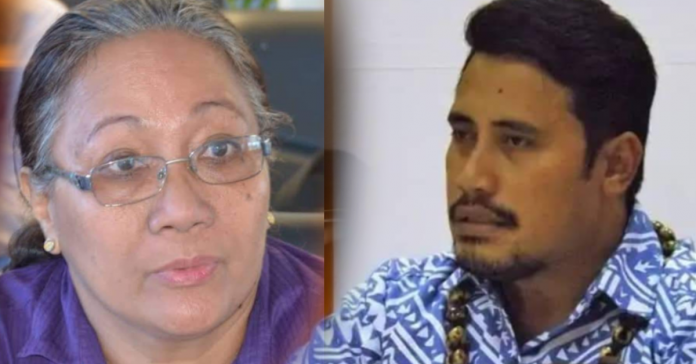 23 April 2019, Apia Samoa. Managing Director of TV1 Samoa Galumalemana Faiesea Lei Sam-Matafeo has spoken out against the decision to award the broadcasting rights for the upcoming Pacific Games to the Melanesia Media Group (MMG).

The decision was made known through a press release issued on Easter Saturday which ignited responses from senior members of Samoa’s local media.

“The Pacific Games Office is excited to announce the appointment of Singapore based Melanesia Media Group (MMG) as the Host Broadcaster for Samoa 2019 XVI Pacific Games in July,” said the release.

Recognised as a senior media professional and Council member of the Pacific Media Assistance Scheme (PACMAS) Galumalemana Faiesea says she is “extremely disappointed” with the decision.

“We were not only asked to bid after the countdown of 100 days to the Games had started, but we were given only three days to come up with a proposal.”

Galumalemana told Samoa Global News that their proposal focused on building the capacity of local industry by involving all TV stations in Samoa.

“What is most disheartening is they have failed to see the significance of this opportunity to help promote local broadcasting companies and to help build Samoa’s future skills pool through the experience and exposure for all our young people working in domestic TV stations;

“Our proposal was to incorporate and involve staff of all TV stations in Samoa with the hope that it would help build the local TV industry, especially the capacity of our own people, so we can break the cycle of dependency on other countries when it comes to TV sports coverage.”

Galumalemana says that this is a case of history repeating itself and the Pacific Games Office have  failed to see the long term economic benefits to Samoa.

“It is the same message that we had flagged way back in 2007 when Samoa hosted the South Pacific Games. The Host Broadcaster worth millions of tala was awarded to a foreign company. But TV Samoa as a state owned enterprise at the time, ended up doing most of the filming while the overseas based company walked away with the money, laughing all the way to the bank;

“They have ignored all these overall benefits such as retaining money and skills within our own country. Those are the more important, substantial and long lasting matters that we were hoping the Committee would have considered,” added Galumalemana.

The Pacific Games Office said in a press release that the decision to appoint MMG as Host Broadcaster for the Pacific Games “was guided by a scoping assignment contract undertaken by a private firm, the Pacific Broadcasting Consultancy Company” (PBCC).

“I am disappointed that the local media association was not asked for assistance or consultation in the process of selection by the Consultant;

“This suggests to me that the Pacific Games Authority does not have confidence and a willingness to engage local media for coverage of the games,” said Bartley.

The President of JAWs says that Samoa’s local expertise should have been given priority as the host nation, with outside technical support to be sourced only if needed.

“Local media need to be engaged to provide production equipment and staff in broadcasting the games;

“We hope that MMG and the PG Authority will give Samoa Media first option for this and only source outside expertise for areas that our locals are not able to provide,” added Bartley.

Pacific Games Office CEO Falefata Hele Matatia says in the press release that “MMG has prior experience in negotiating rights and is a regional specialist suitable for the demands of Pacific Games coverage given the short amount time available;

“MMG was awarded the contract based on its demonstrated track record in performing Host Broadcast duties for previous Games and Festivals;

“Broadcasting the Games is no small task and will require support from across the region,” added the Pacific Games CEO.

Falefata was contacted two days ago for a response to concerns raised by local media. Samoa Global News held off publication in efforts to include the CEOs comments, however, this morning Falefata advises that a general press release would be sent out instead.

Samoa Global News will publish the Pacific Games Media release when it is available.