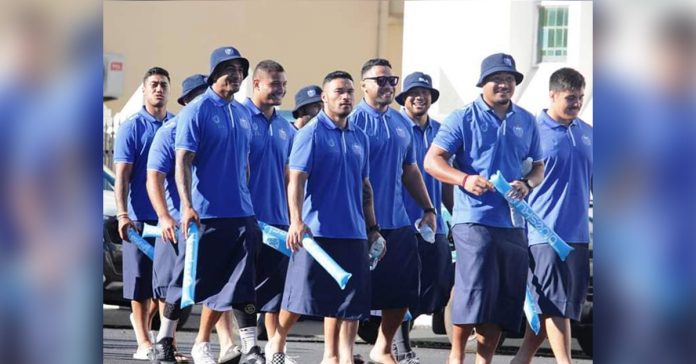 The Prime Minister was speaking at the launch of a fundraising radiothon that called for public support by way of donations towards the Rugby World Cup campaign in Japan later this year.

Tuilaepa reminded the Manu Samoa that they were playing on home soil and handed down the ultimatum that the upcoming match was a must-win game against Tonga at Apia Park Stadium.

“There is only one thing we need from you, and that is to win.”

Vaeluaga Steve Jackson has a 1/3 success rate since taking up the coaching position for the Rugby mad nation in October last year.  The Northern Hemisphere tour saw the Manu Samoa loose to USA 30-29 and Georgia 27-19 securing one win over Spain 28-10.

Tuilaepa told the Manu Samoa that the nation was cheering them on patiently and it is very difficult to secure sponsorship and national support if the team continues to lose.

Tuilaepa urged the Manu Samoa to have a strong heart and play to win.