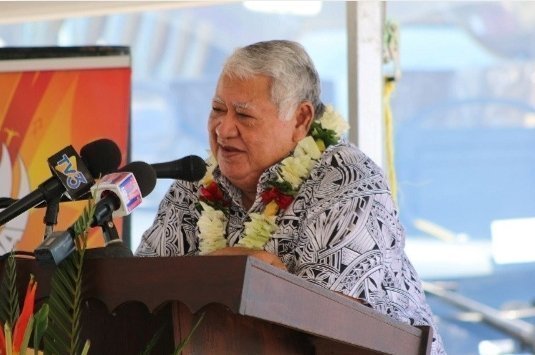 24 July 2019 Apia Samoa. Samoa’s Prime Minister has announced a Polynesian Games to be proposed for consideration by 12 member states of the Polynesian Leaders Group.

“The formal proposal for the new Games to become a reality will be tabled in the upcoming Polynesian Leaders yearly meeting to be held in Tuvalu,” says Prime Minister Tuilaepa Dr Sailele Malielegaoi.

The initiative comes on the heels of a successful XVI Samoa Pacific Games that closed in Apia last Saturday.

Reviewing the Pacific Games Tuilaepa says he noted competitors from Papua New Guinea and other Melanesian countries performed exceptionally well in individual sports such as athletics compared to athletes from Polynesia countries such as Tonga, Niue, Cook Islands, Wallis and Futuna and Samoa.

The Prime Minister says he has been informed of the Melanesian Games held every two years as a lead up to the main Pacific Games.

“That is a contributing factor to their preparations;

“So I would like to see athletes from the 12 member countries of the Polynesian Leaders Group afforded the same opportunity.”

The Samoa Prime Minister says more competition will allow our Polynesian athletes to fine tune their preparations for the full Pacific Games.

Tuilaepa’s proposal will include the offer for Samoa to host the first Polynesian Games.

Tuilaepa says that the availability of sports facilities and infrastructure coupled with Samoa’s track record to host events at a moment’s notice is the basis of the offer to host the inaugural Polynesian Games.

The Polynesian Leaders Group (PLG) was formed in September 2011 when Prime Minister Tuilaepa initiated a meeting with the leaders of Tonga, Tuvalu, the Cook Islands, and Niue on the margins of the Pacific Islands Forum (PIF) summit in Auckland.

The idea for the new forum was modelled after the Melanesian Spearhead Group (MSG) and designed to bring together the independent or self-governing countries or territories of Polynesia to address mutual concerns.

Since that initial meeting the PLG has expanded to also include American Samoa, French Polynesia, Tokelau, and Wallis and Futuna as its new members.