Samoa’s opposition party leader Hon Tuilaepa Dr Sailele Malielegaoi, has spoken out in defense of government CEOs whose contracts, according to HRPP, may not be renewed by the incoming FAST government.

Tuilaepa states in a media release that the new Government are out to rid certain government CEOs, naming the Attorney General, the Electoral Commissioner and CEO of the Ministry for Women Afamasaga Faauiga Mulitalo as examples.

Attorney General Savalenoa Mareva Betham-Annandale was appointed in July 2020 for a three year contract. Electoral Commissioner Faimalomatumua Mathew Lemisio had taken over from Papalii Malietau Malietoa and was reappointed in 2019.

Afamasaga’s contract, however, ended 1st July 2021, and was relieved of her duties last Friday. Incoming Minister for Women Community and Social Development (MWCSD) Hon Leota Laki Lamositele Sio, said the decision to let Afamasaga go was in line with a policy whereby “a CEO retires when the contract of employment ends, and then reapplies when the post is advertised.”

However, Samoa’s former Prime Minister and longest serving Member of Parliament said Afamasaga is being penalised for her role in support of the HRPP organised march against violence against women, held during the political crisis. 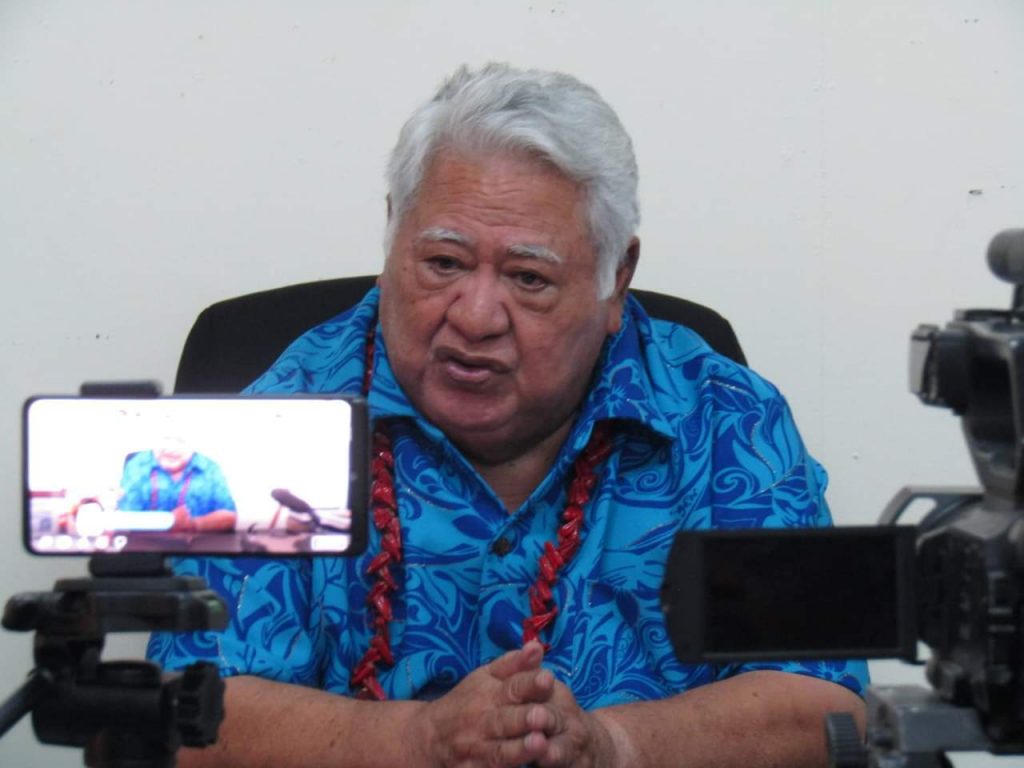 “At a recent prayer meeting with public servants Fiame said her government wants to work together with the public servants,” said Tuilaepa. “But now they are following through with their campaign promises of sacking senior officials”.

“That is hypocritical and not becoming of a new government,” he adds.

Attorney General Savalenoa Mareva Betham-Annandale was last week directed by Prime Minister Fiame to set out what action, within 48 hours would be taken against the HRPP leader and party members for public attacks on the Judiciary, and repeatedly calling for the resignation of Samoa’s CJ and Supreme Court Justices.

Asked for a response to the HRPP press releases this week, Prime Minister Fiame Naomi Mataafa says she has no comment.. just a jab at the uncertainty around the current status of HRPP members.

“The only question is, what is their status? Are they… former parliamentarians? failed political candidates? or random individuals expressing their opinions?”