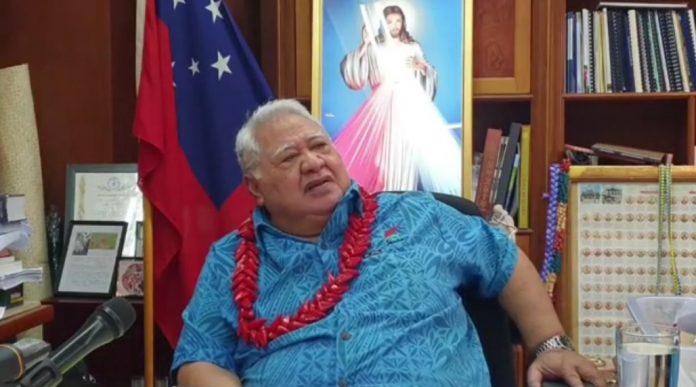 Sat 29 May 2021, Apia Samoa. Caretaker Prime Minister Tuilaepa Dr Sailele Malielegaoi says he will accept whatever decision the Court of Appeal hands down, on the question of the sixth woman Member of Parliament.

Aired on Friday afternoon in a live broadcast on the Government of Samoa page, Tiulaepa says he and HRPP await the judgment of Samoa’s Court of Appeal, which will be the answer to Samoa’s current political crisis.

“Whatever the decision handed down, that is the answer”.

He says although the Supreme Court have declared the sixth parliamentary seat for woman unlawful, the AG has lodged an appeal as allowed in the legal process, and reiterates his position that Parliament cannot convene until the Constitution has been fully interpreted.

“The minimum requirement of 10% women is found in the Constitution, so Parliament can’t sit until that has been decided,” says Tuilaepa, adding he and HRPP are now known as the party who are standing up for women’s rights.

The Supreme Court decision was handed down two weeks ago on Monday 17th May 2021, however, Tuilaepa says that if the Court had given their judgment five weeks ago, the problem would have been long solved by now.

On Monday 31st May 2021, the day before Independence Day, the Court of Appeal will sit over the question of whether the minimum requirement of Article 44(1A) of Samoa’s constitution translates to 5 or 6 women. If 5, FAST remains election winners with 26:25 however if the Court of Appeal decides the number is 6, Samoa may ultimately have to return to the polls. It should be noted here that there now other cases pending, which the Chief Justice says are unrelated and will be dealt with separately. There is an application to declare the swearing in ceremony held Monday 24th unlawful, and applications that those who did not convene Parliament on Monday 24th, be held in contempt of Court.

On Friday afternoon, Tuilaepa thanked the Court for bringing the appeal forward to Monday, and says whatever the decision that is handed down, he will accept.

“This is a very small, but very significant matter”, said Tuilaepa.

“That is all we have been waiting for, and whatever decision is given, that would be it.”

Having openly attacked the Judiciary in the past, Tuilaepa then offers an apology to the Judiciary, and says they are pleading to the Court to make a decision, and bring the uncertainty to an end.

Responding to a question by interviewer Taulealea Sioeli Alofaifo about what would happen if the Courts return in favour of the sixth seat for women, Tuilaepa said the country would then have to return to the polls.

“Parliament can convene, or we can just receive another proclamation from the Head of State,” said Tiulaepa who says there is no real need to convene in that instance.  The question of Article 52 that states Parliament ‘must’ convene within 45 days of a general election, did not come up.

The leader of the Human Rights Protection Party confirmed a gathering of HRPP on Monday to await Court proceedings. He said the gathering will include elected and former members, as well as HRPP supporters, all called to gather at the HRPP headquarters at Maota o Petesa in Mulinuu.

“The gathering will be an opportunity to explain the political crisis to members in a way that is easily understood”. 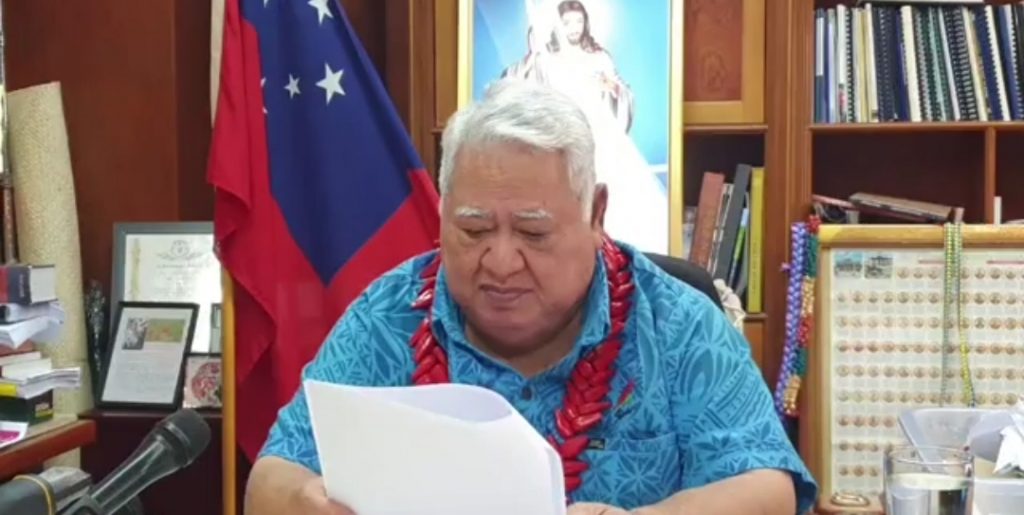 In response to questions about the position of Head of State, Tuilaepa said the decisions of the past were not his alone, but decisions made while Fiame Naomi Mataafa and Laaulialemalietoa Leuatoea were both members of his Cabinet. He said the appointment of the Head of State is made every 5 years as per Samoa’s constitution, and those in the position should not expect to be there for life.

The Caretaker Prime Minister ended his interview with a reading of a letter from Prime Minister Elect Fiame Naomi Mataafa addressed to the Head of State, with Tuilaepa cc’d. He mocks the letter, pointing out what he says are spelling errors, and mispronounces the name of Speaker Elect, Hon Papalii Lio Oloipola Taeu Masipau.