Tsunami warnings were raised by the New Zealand National Emergency Management Agency over the coastal areas of North Island, New Zealand, following the magnitude 7.2 quake (reported as 7.3 by USGS).
The East coast of the North Island from Cape Runaway to Tolaga Bay was declared as areas under Land and Marine Threat. 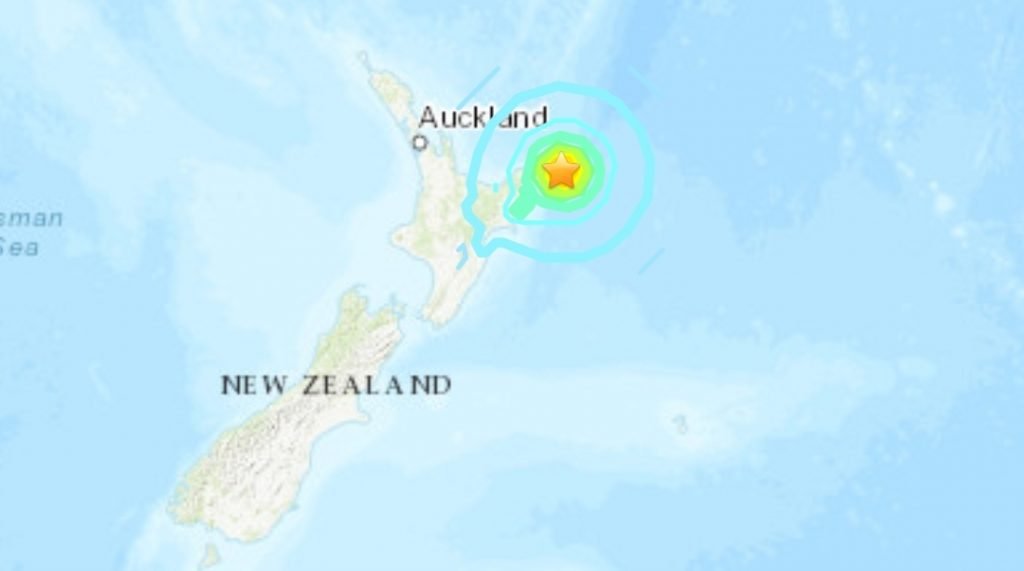 They had also announced that tsunami waves may reach the coasts of North Island by 3:34am local time today, 5 March 2021.
The New Zealand Civil Defence reiterated strict compliance to evacuation procedures and regard the threat as real until the warning has been cancelled.

Yhe Pacific Tsunami Warning Center (PTWC) said,  “Anyone near the coast who felt a LONG or STRONG quake should MOVE IMMEDIATELY to the nearest high ground, or as far inland as you can,”

The National Emergency Management Agency (NEMA) said in a tweet. 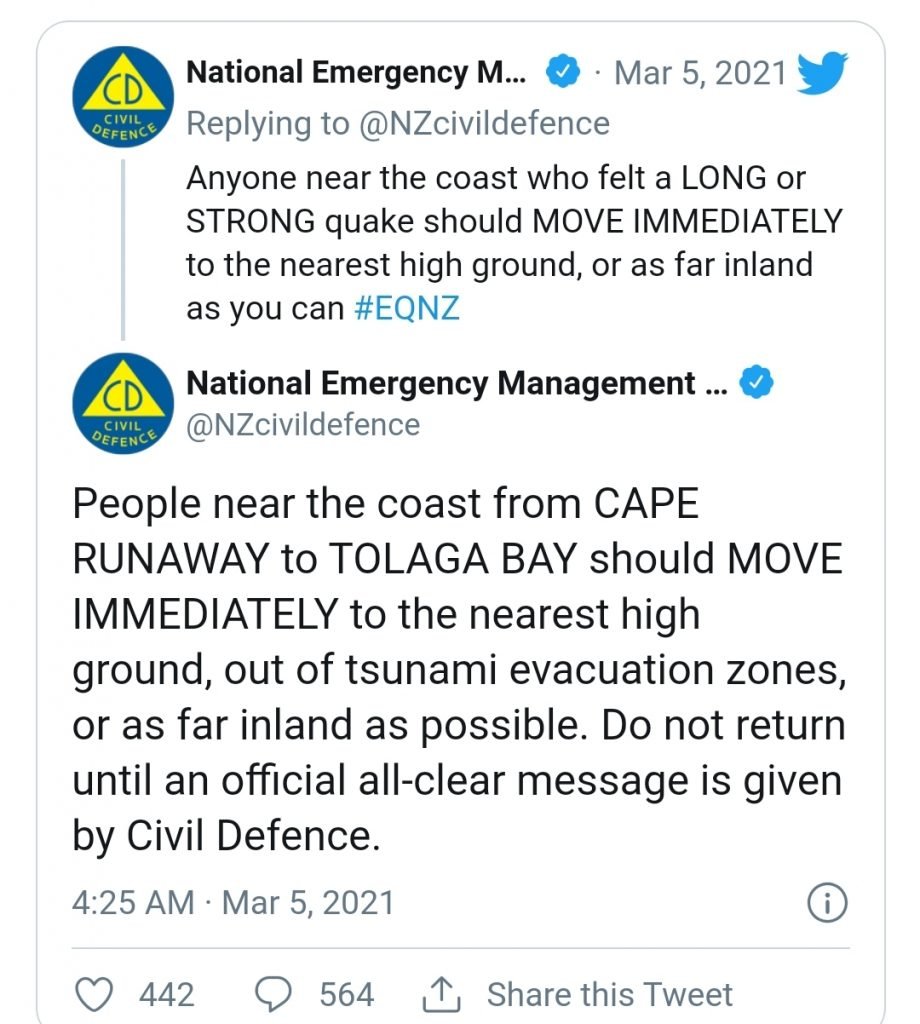 There was no immediate report of damages.
#GBNewZealand