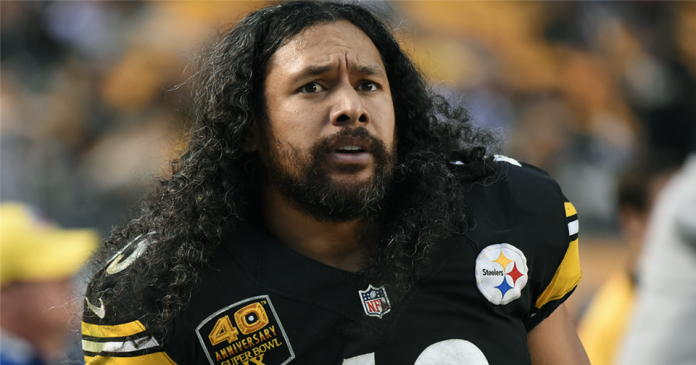 Troy Polamalu is back in professional football. Polamalu, who will most likely earn induction into the Pro Football Hall of Fame in the Summer of 2020, is the Head of Player Relations for the newly found Alliance of American Football (AAF). The AAF will kick off it’s inaugural season this weekend.

The league’s official website recently caught up with Polamalu, who admitted that he cannot believe that, after nearly a year of planning and preparation, the AAF is finally about to kickoff it’s inaugural season. Polamalu was interviewed while taking in a San Diego Fleet practice in preparation for the team’s first game in San Antonio against the Commanders.

“It’s been a long road,” Polamalu said. “When people start businesses, or leagues, I guess maybe a football league, you’d think you could just copy and paste. But it’s really starting from the very, very beginning. ‘In the beginning,’ was the word. So, it’s really nice to be able to see this come to fruition, where there’s teams in eight different cities practicing today. It takes a lot of coordination, a lot of things that you never knew, especially as a football player.”

“I think it means all of that,” Polamau said. “That’s why Charlie (Eberson, the league’s Chief Executive Officer) calls it The Alliance. It’s really the alliance of a lot of different visions and the immersion of technology and football and fans and the game. I’ve been using this platform to develop not football players, but great human beings. And that’s really my department’s role in this: Understanding that the best human beings make the best football players, on and off the field.”

Polamalu spent a dozen seasons in the NFL, an established league that was founded way back in 1920 and will celebrate it’s 100th season in 2019. Polamalu spent his entire NFL career one of the greatest professional sports franchises in the Pittsburgh Steelers, an organization that has won more games than any professional football team since 1970. And while he takes great pride in where he’s been, Polamalu is equally proud in helping develop America’s new professional football league.

“This whole process has been extremely gratifying. Every day is a win, because every day you’re building something.”