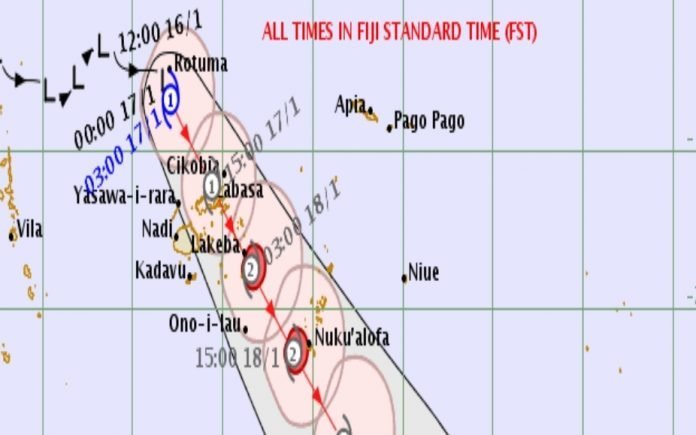 An increase in shower and thunderstorm activity is already being felt across Fiji as a result of Tropical Cyclone Tino, which formed northwest of the island nation early this morning.

The Fiji Meteorological Service confirms that Tropical Depression 04F has intensified into a category one Tropical Cyclone as of 3am today.

TC Tino was located about 100km south of Rotuma and about 420km northwest of Labasa at 3am.

The cyclone is expected to have average winds of up to 75km/hr with momentary gusts to 100km/hr.

Tino is moving south-southeast at about 20km/hr.

The cyclone centre is expected to be located about 40km north of Labasa or 210km northwest of Vanuabalavu at 3pm today.

In it’s current forecast track TC Tino is expected to move towards Tonga by the weekend.

What do the Categories Mean?