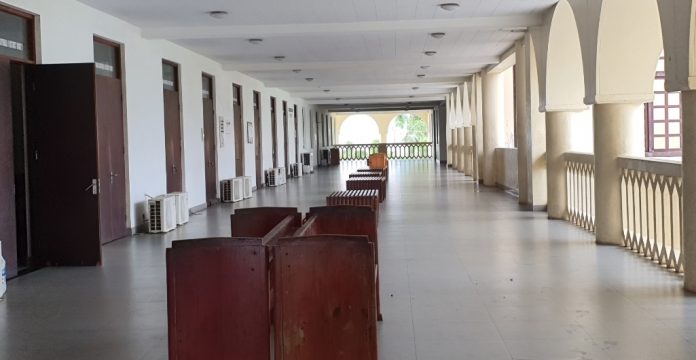 The Court has set a trial date for yet another case of a father charged with rape of his own biological daughter.

With over 10 cases currently being processed through the court system, and four new cases called during criminal mentions this week, readers can be forgiven for confusing the various defendants.

Most have been granted name suppression to protect the identity of the victims. So this case can be identified as the father who had originally faced 158 charges – 79 of rape and 79 of incest.

Charges have now been finalised to over 60 according to defense Counsel Afamasaga Michael Soonalole.

This defendant has been retained in police custody since the matter was first mentioned in November 2019. The Courts had denied his bail application after Prosecution led by Fuifui Ioane strongly objected on the basis that the the victim had other sisters also at risk.

“Your Honor, he has other daughters at home”.

The defendant maintains his innocence, denying all charges against him. The trial, where his own biological daughter would be expected to give evidence against him, has been set for 7 December 2020.

Not a week goes by in the Supreme Court of Samoa during Monday morning criminal mentions that new cases of sexual violations towards children and young persons are not brought forward by Police.

This week, four new cases relating to sexual acts towards young girls came before the Court, while over 10 current cases corninue to be processed through the Court mentions system for bail hearings, sentencings and trial dates.

There is the father accused of raping his biological daughter between 2014 and 2018. The victim died of a heart condition in 2019 while she awaited trial in the care of SVSG. That man will face trial in December this year, in a landmark case where the victim’s voice would be heard through written statements taken by police before she died.

There are three separate cases of grandfathers towards their biological daughters. The trial of an 82 year old man was due to begin in the Supreme Court this week, accused of three incidents of sexual violation towards a child under 12 years.

Last month, a 72 year old man from a village in Savaii pleaded guilty to the rape of his step daughter.  The victim was under the age of 12 at the time of the offending. That defendant is due before Chief Justice Satiu Simativa Perese for sentencing on the 24th of September 2020. That sentencing could be the first decision to be delivered by the Chief Justice since he was sworn in three months ago in June.

In other cases, two male teachers face charges of rape and indecent acts towards a 17 year old high school student. The one charged with rape was granted legal aid, while the second was transferred to face charges in the District Court.