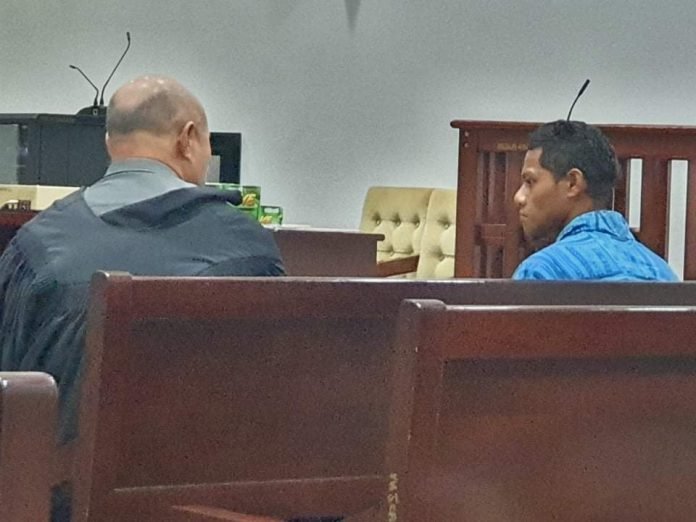 The case of a 22 year old male from Vaisala charged with sexual connection with a child under 12 years old began before Justice Tafaoimalo Leilani Tuala-Warren in the Supreme Court of Samoa yesterday morning.

Ieremia Faletagaloa is accused of forcibly committing sexual acts on a young girl in an incident that allegedly occurred on the 15th of Oct 2018, when the victim now 9, was only 7 years old.

The assessor trial was set to begin when defense attorney Tuala Iosefo Ponifasio made known his intention to challenge the defendant’s caution statement prepared by two investigating officers of the Tuasivi Police Station.

The jury were then released to allow Justice Tuala-Warren to hear submissions and testimonies relating to the challenge by defense.

Corporal Vaelua Upulasi told the Court that she had led the hour and a half long interview, assisted and witnessed by Corporal Etuale Lelei. During the interview, the defendent admitted to details of sexual acts towards his alleged victim.

Defense counsel Tuala Ponifasio vehemently rejected the caution statement taken by police, and argued that police did not follow procedure, and his client was denied his constitutional rights.

Corporal Vaelua Upulasi was drilled in cross examination by Tuala who outrightly accused the IO of making up the entire caution statement, and forging the signature of his client.

“What if I told you that this is not Ieremia’s signature? And that he will testify that you did not give him those documents to read, or to sign?..

“Did you or someone in your office forge Ieremia’s signature in these documents?..

“Didn’t you coerce Ieremia into making a statement that night?..

“Aren’t these your own words in this statement? My client will testify that he does not use such language…Aren’t the words on this caution statement words used by police.. made up by you?..

“You do remember that you are under oath?”

Corporal Vaelua Upulasi stood her ground, responding repeatedly that she had followed proper process, rejecting the allegations put to her by dedense counsel.

“I read him his rights and asked if he understood them. I asked if he wanted to make a statement and he said, yes”.

“I told him he had a right to contact a lawyer to be present during the interivew…and he said, no”.

According to the Caution Statement read out by the Investigating Officer during her testimony, Ieremia knew he was 22 years old at the time – but did not know the day or month of his birthday. He is a member of the Assemblies of God (AOG) church, is unemployed but works the land, and cannot remember what grade he was in when he left school.

The Court heard horrific details of sexual acts allegedly performed by the defendent on the 7 year old victim, stopping only when her mother’s voice was heard calling her name.

When the defendent took the stand, however,  discrepancies in his testimony were highlighted by Prosecutor Fuifui Ioane during cross examination.

Justice Tuala-Warren will be delivering her decision on defense counsel’s submission to challenge the caution statement – before the Assessor Trial resumes this morning. 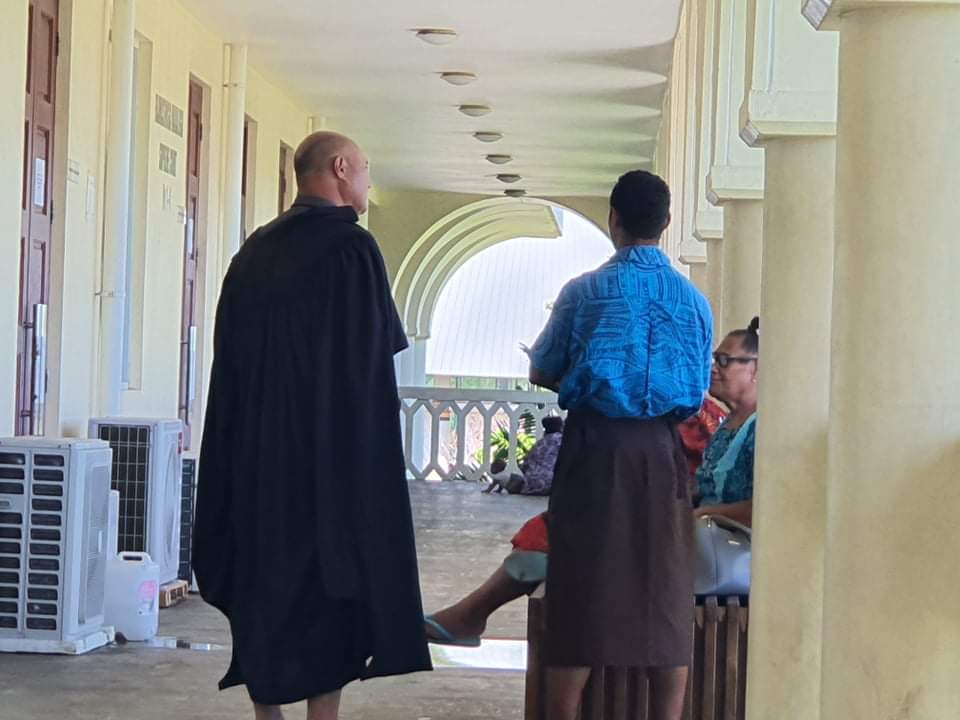 The young victim has been granted name suppression by the Court, and is expected to give evidence today.