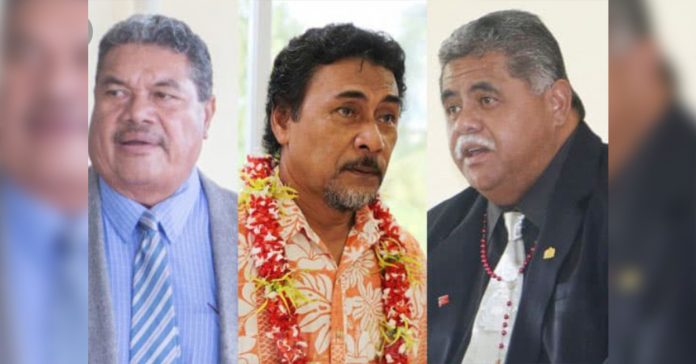 The accused are facing 234 charges in relation to an ongoing dispute over a nonu company called the Local Partners Limited established in 2012 and later changed name to Local Partners and Associates involving Associate Minister, Peseta Vaifou Tevaga.

Tupea Heather is facing 1 charge of theft, 3 charges of causing loss by deception and 3 charges of theft by relationship.

Tu’itu’i is facing 7 charges of causing loss by deception and 6 charges of theft by a person in a special relationship, while Martin Schwalger is facing 1 count of forgery.

All accused entered not guilty pleas through their lawyers yesterday.

During opening statements, prosecutor Mark Williams said the trial is about dishonesty, the involvements of Laauli and other associate partners in the company as well as the misuse of funds and assets of the Local Partners and Associates company unlawfully.

He said that the Court will hear evidence on how the company name was changed from LPA to Samoa Nonu Delights (SND) and how new bank accounts were allegedly being set up by Laauli and
Apulu Lance.

He went on to say that the Court will hear how some payments for exportation of nonu juice were allegedly going into different accounts setup by the defendants instead of the LPA account.

The trial continues today and is expected to continue for the next five weeks.

CEO of MNRE Registers as HRPP Candidate for Upcoming Elections

The Ides of March: Julius Caesar is Murdered | 15 March...