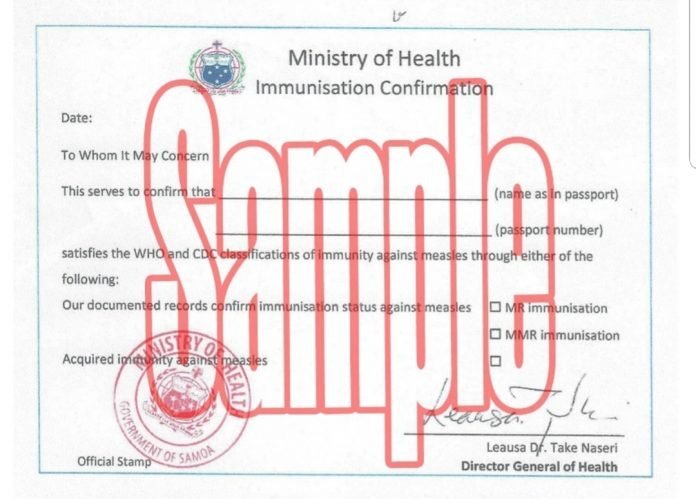 The American Samoa Government, (ASG) will only allow travellers from Samoa into the territory if they produce a Letter of Confirmation from the Ministry of Health’s Expanded Program for Immunisation (EPI) Division.

In the wake of the measles outbreak, the American Samoa Government has imposed the new requirement for Samoan citizens to provide proof of measles immunisation as a condition of entry into the territory.

Immunization records or any other documents will not be accepted by the American Samoa Government.

Travellers to the territory are advised to present a valid passport to the EPI Division at the Moto’otua National Hospital to process the Letter of Confirmation to enter the territory. The public are also advised that the service fee is $10 tala.

Below is the sample confirmation required. 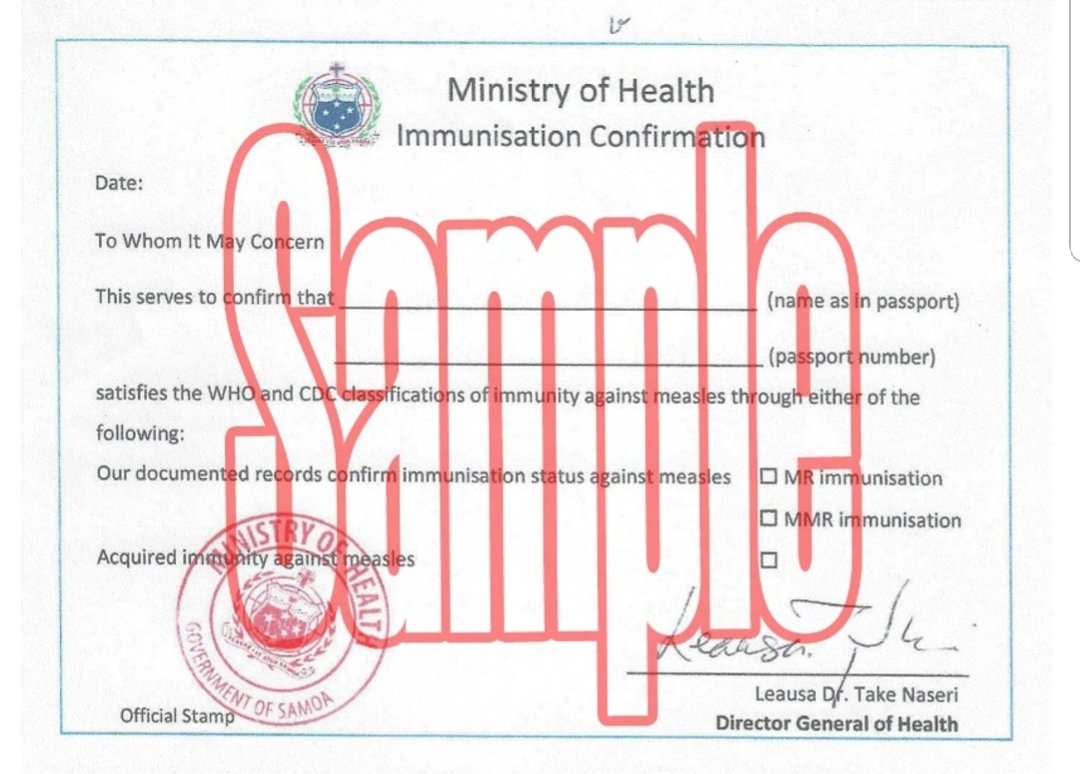 Speech: There is an urgent need to promote fresh, nutritious, safe and healthy food

Is Your Child 12-17 Years Old? Pfizer Vaccination for Children to be Rolled Out Soon